Where is this story? Massive rainfall across swathes of Southern Africa, affecting no less than ten countries in the region, has placed enormous pressure on the food supply, meaning that in the near future shortages could become a reality placing lives at risk. The international community must act now before it is too late. 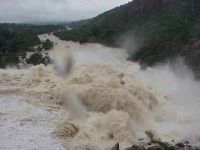 The rainy season visits Southern Africa every year, coinciding with the European winter. The current season is halfway through and rivers in Botswana, Lesotho, Mozambique, Namibia, South Africa, Zambia and Zimbabwe are at serious risk of flooding, while the cyclone season is set to peak this week.

Cindy Holleman, the FAO Regional Emergency Coordinator for Southern Africa, launches the alert in declarations on the FAO official site: "Food insecurity levels are already critical in the affected areas of some of these countries and floods will only further worsen the ability of poor farmers to cope and feed their families in the coming months".

Storms and floods have already killed 123 people in the region; the list of countries affected includes the above-mentioned countries and Angola, Madagascar and Malawi. Thousands of hectares of agricultural lands have been destroyed by torrential rains and floods across these countries and there is a great risk of the damage increasing, according to FAO.

In Lesotho, around 60 per cent of the harvest has been lost in the worst affected areas, while 4,700 heads of livestock have been lost; Mozambique's southern and central regions have issued a red alert due to the fact that the large rivers are already swollen and a state of disaster has been declared in parts of South Africa, where thousands of hectares of crop land have been devastated.

FAO is setting up control and early warning systems to check the evolution in the main rivers and to assess the effect on the crops and communities, providing technical advice for governments in the region on preparedness and measures to prevent the spread of disease. The UNO is preparing to provide timely assistance with the delivery of quality seeds and methods to restore agriculture after the rainy season is over.

An increased shortage of food from this region comes at a time when food prices are already inflated to historic levels, creating a trend which promises to push them up even higher.