Fidel: The die is cast for Mubarak

The fate of Mubarak is not decided and the support of the United States could save his government. Egypt has an intelligent people, of glorious history, which left its mark on human civilization. "From the top of the pyramids, 40 centuries to come," exclaimed Bonaparte in a moment of elation when the revolution of encyclopedists led to this extraordinary crossroads of civilizations. 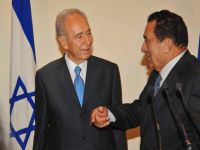 At the end of the Second World War, Egypt was under the brilliant leadership of Abdel Nasser, who along with Jawaharlal Nehru, the heir of Mahatma Gandhi, Kwame Nkrumah and Ahmed Sekou Toure, the African leaders and Sukarno, President of the newly liberated Indonesia, created the Non-Aligned Movement and launched the struggle for independence of former colonies.

The peoples of Southeast Asia and northern Africa - including Egypt, Algeria, Syria, Lebanon, Palestine, Western Sahara, Congo, Angola, Mozambique and others - were involved in the fight against colonialism with French, English, Belgian and Portuguese with the support of the United States. They fought for independence with the support of the Soviet Union and China.

To that movement Cuba was added in March after the triumph of our revolution. In 1956, Britain, France and Israel attacked Egypt by surprise, who had nationalised the Suez Canal. The bold and supportive action of the Soviet Union, which also threatened with the jobs of its strategic rockets, paralysed the aggressors.

The death of Abdel Nasser, on 28 September 1970, meant an irreparable blow to Egypt. The United States did not stop conspiring against the Arab world, which holds the largest oil reserves on the planet. No need to argue much, just read the dispatches of what inevitably is going on.

More than 100,000 Egyptians perished today to protest against the government of President Hosni Mubarak, despite the ban on demonstrations issued by the authorities (...).

The protesters torched establishments of the Democratic Party (NDP) Mubarak's police and checkpoints, while in central Cairo, they threw rocks at the police when they tried to disperse them with tear gas and rubber bullets.

The U.S. president Barack Obama met today with a committee of experts to stay abreast of the situation. The spokesman for the White House, Robert Gibbs, warned that the United States needs to reassess the multimillion-dollar grant of aid to Egypt as developments unfold.

The United Nations also issued a strong message in Davos, where the Secretary-General, Ban Ki-moon, was on Friday.

Egyptian forces, backed by armored vehicles, were positioned on Friday in Cairo and other major cities in the nation to end the massive popular protests demanding the resignation of President Hosni Mubarak.

Medical sources reported that so far 410 people were injured in the protests, although state television is reporting a curfew for all cities. The events represent a dilemma for the United States, that expressed its desire that democracy spread throughout the region. Mubarak, however, has been an ally of Washington for several years and recipient of much military aid.

Amid the political disaster that struck the Arab world, leaders that gathered in Switzerland reflected on the causes that led to the phenomenon that was even classified as collective suicide.

Davos (Switzerland), (KUNA) - The current model of economic growth based on consumption and without taking into account the environmental consequences can no longer be maintained for long because the survival of the planet is at stake. Many leaders and politicians were warned today in Davos.

"The current model is a collective suicide. We need a revolution in thought and action," Ban Ki-moon warned. "Natural resources are increasingly scarce," he added, in a debate about how to reset a sustainable growth within the framework of the World Economic Forum.

"Climate change shows us that the old model is more than obsolete," insisted the head of the UN.

The Secretary-General added that, besides the basic resources for survival - like food and water - "we are running out of another resource, which is the time to confront climate change."

President Barack Obama tried the impossible thing before the Egyptian crisis: to enslave the furious public with an authoritarian regime for three decades and, at the same time, assure and lend support to a key ally the United States.

The four-minute speech made by the president late on Friday, represents a cautious intention to maintain a difficult balance: Obama would only lose out to elect someone among the protesters who are demanding the ouster of President Hosni Mubarak and the regime that remains in power through violence.

Obama (...) did not ask for a change in regime. Nor did he say the announcement of Mubarak had been insufficient. Obama said the strongest sentences of the day in Washington, but did not distance himself from the script used by his secretary of state, Hillary Clinton, and a spokesman for the White House, Robert Gibbs.

"The United States should use all its influence, including more than a billion dollars in aid each year to the Egyptian army, to ensure the final results (the surrender of power by Mubarak)," indicated a paper in its editorial.

Obama, in his message delivered Friday evening, said he will continue working with President Mubarak and regretted he did not mention eventual elections.

The newspaper described as "unrealistic" the positions of Obama and the vice president, Joe Biden, who declared to a radio station he would not call the Egyptian president a dictator and that he did not think he should resign.

Mubarak cannot act as if nothing had happened. Fox News said Obama has two bad choices with regard to Egypt. He warned that the Cairo government cannot return to "mix cards" and act like nothing is happening in the country.

The White House and State Department are closely monitoring the situation in Egypt, one of the key U.S. allies in the world and receiver of about 1.5 billion dollars in civilian and military aid.

The U.S. media are giving wide coverage to the riots in Egypt and are revealing how the situation may result, in any manner that comes to be resolved as a headache for Washington.

If Mubarak falls, evaluates Fox, the United States and its other principal ally in the Middle East, Israel, would have to face a government of the Muslims Brotherhood in Cairo and an anti-Western spin of the country in North Africa.

"We were betting on the wrong horse for 50 years," the former CIA agent, Michael Scheuer, told Fox. "To think that the Egyptian people will forget that we supported dictators for half a century is a dream," he added.

Nicolas Sarkozy, Angela Merkel and David Cameron in turn, asked the Egyptian president on Saturday in a joint statement that "he initiate a process of change in the face of the legitimate demands" of his people and "to avoid at all costs the use of violence against civilians." Iran also called on the Egyptian authorities to meet the demands of the streets.

King Abdullah of Saudi Arabia considered the change that the protests represent "attacks against the security and stability" of Egypt, carried out by "infiltrators" in the name of "freedom of expression."

The monarch spoke by phone with Mubarak to express his solidarity, confirmed Saudi news agency, SPA.

The Israeli Prime Minister, Benjamin Netanyahu, today expressed his fear that the situation in Egypt favors the access to power of the Islamists, a concern he shared with leaders with whom he spoke in recent days.

(...) The prime minister declined to refer to information published by local media that indicate Israel was authorized by Egypt today to put troops in the Sinai Peninsula for the first time in three decades, which is considered a breach of the peace agreement of 1979 between the two nations.

On his side and before the face of criticism of the Western powers like the EU or Germany, which had close ties with Arab totalitarian regimes, the German chancellor said: "we do not leave Egypt."

The peace process between Israelis and Palestinians remains frozen since last September, mainly due to the Israeli refusal to halt construction of Jewish settlements in the occupied Palestinian territory.

Israel leans towards the maintenance in power of President Hosni Mubarak, whom the Israeli head of state, Shimon Peres, today endorsed the opinion that "a religious fanatic oligarchy is not better than the lack of democracy."

The declarations by the head of state coincide with the diffusion by local media due to pressure from Israel on its western partners to lower the tone of their criticism of the Mubarak regime, which the Egyptian people and opposition threaten to overthrow.

Unidentified official sources, quoted by the newspaper Haaretz, reported that the Israeli Foreign Ministry on Saturday sent a bulletin to the embassies of the European Union, Canada, China, Russia and several other European countries to ask the ambassadors to emphasise before their respective local authorities the importance of stability in Egypt for Israel.

Israeli analysts point out that the fall of Mubarak could endanger the Camp David Accords that Egypt signed with Israel in 1978 and the subsequent signing of a bilateral peace treaty in 1979, mainly as a consequence if the Islamic Muslim Brotherhood had access to power who enjoy broad social support.

Israel sees Mubarak as the guarantor of peace on its southern border, and a key support to maintain the blockade on the Gaza Strip and isolating the Palestinian Islamist movement Hamas.

One of the biggest fears of Israel is the Egyptian revolts, which follows that of Tunisia, which will reach Jordan as well, undermining the regime of King Abdullah II, whose country, along with Egypt, is the only Arab who recognizes Israel.

The recent appointment of General Omar Suleiman as Egyptian vice president and, therefore, possible presidential successor, was well received in Israel, which maintained close relations with the general by cooperation in the defense area.

But the course following protests by the Egyptians cannot provide any assurance of continuity of the regime, nor that Israel can proceed in the future with Cairo as its main regional ally.

As can be seen, the world faces simultaneously and for the first time three problems: the climate environmental and political crises. To them, other serious dangers can be added. The risks of ever more destructive wars are very present.

Will the political leaders have sufficient serenity and equanimity to face them? On this will depend on the fate of our species.