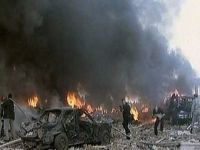 Hezbollah ministers who were part of the government of Lebanon's Prime Minister Saad al-Hariri resigned, confirmed the state agency in Lebanon. Hezbollah has called on President Michel Suleiman to form a new government. To cause the government collapse, more than a third of the 30 cabinet members were needed. With the resignation of the 11 ministers, President Suleiman will have to form a new cabinet.

Lebanese prime minister Hariri (son of the assassinated former prime minister) was visiting in the United States when the government collapse took place. He met with President Barack Obama, and then cut his overseas trip short to return home.

February 14, 2005, as Prime Minister Rafik Hariri's motorcade slowed down in front of the St. George Hotel in downtown Beirut, a huge explosion of a parked Mitsubishi pick-up truck detonated at 12:56 PM, killing him along with 22 others including his entourage, bodyguards and some passers-by. The resultant explosion was of an unprecedented proportion, well out of the capability of any but a sophisticated, well armed entity with a highly developed intelligence agency/agencies at their disposal.

The mass resignations are a protest against the tribunal investigating and hoping to prosecute individuals in the assassination of former Prime Minister Rafik Hariri. Some indictments were expected against members of Hezbollah. Hezbollah denies involvement in the attack and denounced the tribunal as "a project of Israel."

George Bush was responsible for pushing through a resolution setting up this newest kangaroo court.

This same tribunal took four years to admit that much of "the evidence" used was fabricated by false witnesses, some of them even tied to Israeli intelligence, the CIA and other Western intelligence agencies. They also dismissed huge amounts of evidence of who the real culprits are behind it. Several Israeli agents in Lebanon, admitted in testimony that at least since September, 1993, the Israeli Mossad had been tracking Hariri's every move.

In addition, a UN investigator says that several countries, including Israel and the United States, are blocking the UN investigation.

In Lebanon, there is a very active pursuit going on regarding false witnesses and false testimony given, there appears to be no shortage of liars and false accusers. 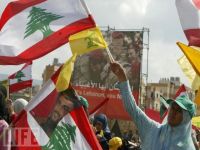 This court stinks much like the ICTY and Carla del Ponte, whose sole purpose is not justice, but to libel, slander, vilify, demonise and mete out "victor's justice" against Serbia. The STL is the same thing and their target is Hezbollah, at the very least to get them labeled as a terrorist group, if not to forcibly remove Hezbollah from Lebanese politics.

This kangaroo court's ultimate aim is to clear Lebanon of its defenders so that Israel can have a free hand to do as they wish. In a weakened state, it will be easier for them to penetrate Lebanon for intelligence gathering to support the Zionist State. Getting Hezbollah out of the way will also assure continued American dominance with their Israeli "allies."

The bottom line is that Hezbollah is the de facto defense of Lebanon in lieu of the Lebanese Army. The Empire wishes to portray Hezbollah as corrupt and weak.

Get this utter arrogance

"As the United States and the international community have said from the beginning, the Special Tribunal for Lebanon (STL) is an irrevocable, international judicial process; its work is not a matter of politics but of law. The resignation of some of Lebanon's ministers will not change this," US ambassador to Lebanon Maura Connelly said.

Now who are the Americans to shove this kangaroo court down Lebanon's throat?

When the U.S. speaks of law, one has to sadly smirk...they believe the barrel of the gun and the bomb bay door to be the only law.

The basis for justice has to be impartiality and the presumption of innocence. It is well documented, however, that the U.S. cannot be accused of impartiality, one just has to look at their voting record in the U.N. The same can be said for the presumption of innocence. The U.S. always presumes guilt if they don't like you and if you are not subservient to the Empire.

The REAL international community, not their delusional one, is getting sick and tired of the U.S. thinking it can spread its own national laws throughout the globe. Calling Julian Assange a "traitor" is evidence of that.

The U.S. Interferes in the Internal Affairs of Lebanon

While attempting to work on a compromise, the U.S. has run interference, again showing that their interest is in an unstable Lebanon. "They (US) in fact pressured Hariri not to accept any compromise before this particular resolution is declared," said the former Lebanese minister.

The US Congressional lobby is expected to move in the House and Senate for a total cut off of American aid to Lebanon unless Prime Minister Hariri is immediately returned to office. This aid cutoff will be vociferously demanded by AIPAC.

Lebanese officials have issued denunciations against U.S. interference in Lebanon's internal affairs, their "diplomat" ambassador and other U.S. officials a laWikiLeaks style...meeting with various groups in the country. Still, the U.S. insists on violating all laws and norms.

The Hezbollah opposition has a majority in the 128-seat Parliament and is in a position to name a candidate of its own choice. The leader of the opposition parliamentarian block, MP Mohammad Raad announced that the opposition mostly likely will name "a personality with a history of national resistance to head the new government." This could possibly be the longtime Sunni nationalist leader Omar Abdul Hamid Karami ( brother of slained Prime Minister Rachid Karami).

Harriri seems to be definitely out of contention unless he agrees to keep previous promises regarding the kangaroo court. Reports indicate that President Suleiman will probably not do anything until next week to end the crisis.

A general strike for February 10 is being called by the country's unions. In 2008, a similar strike did not end the dispute. The people of Lebanon are matured by years of strife, destruction and war and will not easily be lured into committing acts of violence.

Meanwhile, Israeli aircraft invaded the airspace of Lebanon during the unfolding crisis with simulated bombing raids in southern Lebanon.

How curious now to be pointing the finger at Iranian leaders. How convenient and utterly dishonest.

In National Socialist Germany's wildest dreams, they couldn't have accomplished what the United States of America has on the road to totalitarianism, state sponsored terrorism, genocide, expansionist global domination, imperialism and destruction/interference in other countries. Joseph Goebbels turns over in his grave with joy at the Empire's dedication to his principles, not the least of which is the big lie.