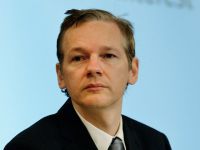 After using their diplomatic missions and international diplomacy around the world to promote intrigues to spy on governments and authorities around the world, the U.S. government has obtained a court order requiring the social network Twitter to provide details about people involved with the site WikiLeaks, which imploded world diplomacy, to disclose American secret documents about various leaders, governments and countries.

According WikiLearks itself, the subpoena was issued by the Regional Court of the State of Virginia, USA, and there is still the suspicion that other Internet companies also are being forced to hand over information about their activities, with the names of users, addresses, historical connections, phone numbers and payment details.

The Twitter website, in San Francisco, has three days to submit their response and would have originally been instructed not to disclose the fact that the injunction had been filed nor the existence of the investigation. However, the court itself would have dropped the restrictions, allowing Twitter to inform their customers about the case.

On the air a few years ago, Wikileaks only got prestige and international notoriety when it began to disclose secret American documents, making public 77,000 U.S. intelligence documents on Iraq and more than 250,000 secret U.S. State Department telegrams within the scenes of international diplomacy, with special emphasis on the United States.

The disclosure of these diplomatic documents shows the misconduct of American diplomats, which turned into an international network of intrigue and espionage of rulers and governments around the world, a fact that infuriated the United States and put world diplomacy in an uproar.

WikiLeaks said U.S. investigators were at the headquarters of Twitter, in San Francisco, California in the United States, requiring direct private messages, contact information and other personal details of Julian Assange and other members and sympathizers of that virtual portal, including an intelligence analyst with the U.S. Army, suspected of having made the delivery of sensitive data to the site, and also a senior Icelandic parliamentarian.

The subpoena was revealed thanks to a lawsuit from Twitter, informed WikiLeaks. Twitter has refused to comment on that assertion, saying only that its policy is to notify users, wherever possible, when requests are received for information from the government.

Among those investigated is the founder of Wikileaks, Julian Assange, and Birgitta Jónsdóttir, from Iceland. The U.S. study also wants to make a case against Julian Assange due to the leaks and disclosure of 250,000 diplomatic documents considered secret.

It is believed that the U.S. Justice Department can indict him on charges of conspiracy to steal military documents alongside Bradley Manning, an intelligence analyst in the U.S. Army.

Manning will be judged by an American court martial and could be sentenced to 52 years in prison for allegedly sending U.S. diplomatic documents to WikiLeaks, beyond military reports of incidents in Afghanistan and Iraq and a confidential military video.

According to the document issued by the Court of Virginia, on December 14 last, the U.S. Attorney General would have presented evidence that the information in the possession of Twitter is "relevant and important to a criminal investigation underway."

Besides those already mentioned, the injunction requires information on the Dutch hacker Rop Gonggrijp and the American programmer Jacob Appelbaum, who has already collaborated with Wikileaks. Among the data requests are e-mail addresses, payment details and connections, plus hours of use and IP addresses used to access Twitter.

Julian Assange criticized the decision, calling it harassment. "If Iran's government tried to get this information coercively from activists or journalists from foreign countries, human rights groups around the world would have spoken out," said Assange, who said the injunction only came to light "because of legal action involving Twitter." In turn, the American site has neither confirmed nor denied the information.

In Brazil, in an interview published on a Brazilian site, Judge Ferdinand Foch Arigony de Lemos da Silva, of the the appeals Court of the State of Rio de Janeiro, said, "If the state wants secrecy, then it will have to keep it." In the opinion of Ferdinand Foch, if a journalist has access to information, which is still under wraps, he or she can and should publish it. "One function of the journalist is to publish what has not been published or what some entity might not even want to be published," the appeals court judge emphasized.

Wikileaks is a journalistic Web site. Its head, Julian Assange, is a journalist, and the United States says they are advocates and guardians of fundamental freedoms and democracy preached by the full state of law. Moreover, the universal right to preserve sources of information are consolidated and untouchable achievements of the journalist.