Jeffrey Sterling worked for the U.S. intelligence agency between 1993 and 2002 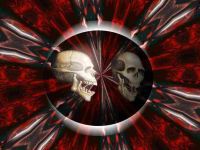 The American judicial authorities announced on Thursday the arrest of a former CIA agent accused of leaking secret documents illegally. Jeffrey Alexander Sterling, 43, will answer for ten counts related to illegal gathering and dissemination of information on national defense, as well as mail fraud and obstruction of justice, the Justice Department said in a statement.

Sterling was arrested in St. Louis (Missouri) and forced to appear before Federal Judge, Terry Adelman, the statement added. According to the indictment presented by a grand jury investigation on December 22 and released on Thursday, Sterling worked for the CIA from May 1993 through January 2002.

Between November 1998 and May 2000, the former agent was assigned to a clandestine program to spy on the military capabilities of certain countries, which were not specified by the Department of Justice. According to the federal agency, Sterling, who is a lawyer, signed several agreements related to security and intelligence reports in which he committed himself to "never divulge classified information to unauthorized persons."

Although authorities have not provided details about the illegal leak, Sterling is alleged to have transferred documents to James Risen, a journalist from The New York Times whose book detailed the CIA's espionage operations in Iran.

Sterling represented the CIA in Iran and was put in charge of making contact with Iranian spies who had deserted and gone to the U.S. side. If convicted of each of the ten felony counts, Sterling could face up to 120 years in prison and having to pay a fine of up to $250,000 on each count, the statement indicated.

Commenting on the matter, the Tehran Times says that Risen, in his book, tells about an operation codenamed "Merlin" an attempt by the United States to provide Iran with flawed blueprints for key nuclear components through a Russian nuclear scientist. The attempt failed on all points.

The United States, as the only country to have used nuclear weapons on another state, opposes Iran's nuclear program, claiming without any evidence that it harbors a secret military aspect. Iran has the right as a signatory to the NPT to use nuclear power for peaceful purposes, another failure of U.S. "diplomacy" as shown by WikiLeaks.