A Senator, the inquisitor and the warmongers 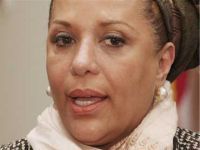 Liberal Senator Piedad Cordoba was recently dismissed from her office and severely sanctioned. Even if the accusations are not based on a judicial process, she will not be able to perform political functions for 18 years. This sentence occurs in a country where elites have opted for warmonger solutions.

Recalling the facts: For several years Piedad has been committed to the theme of peace, particularly in the release of those captured and held by FARC. In late 2007, she was named "Mediator" by the government. Thanks to her intervention, in the next two years several captured civilians and military prisoners were released, who were already 10 years in the jungle. In March, Piedad created the Colombian peace group.

Last September came the arbitrary decision of the Attorney General's Office. Under the pretext that she collaborated with FARC, Piedad was banned from politics for 18 years. It seems to be a lie, since no judicial process supports this decision. So how to explain it? It is also beyond the constitutional powers of the Prosecutor, and his dictates would not occur if there was no favorable context.

Sociologically, the "error" reflects the growing weight of reactionary forces in institutions and the rejection by the elites to the idea of any political negotiation.

The first subject is the disturbing course taken by institutions. It's been several years since Colombians have become accustomed to having congressmen, mayors and governors that are tightly linked to extreme right-wing paramilitaries and the mafia. Only in the field of "parapolitics" are there more than 80 congressmen investigated and prosecuted by the justice system for their collaboration with the paramilitaries.

Added to this is the corrosion of the judiciary and the politically controlled institutions. Thus, for instance, for a year and a half we have the nomination of the Inspector (the Chief of Police) blocked. The Supreme Court of Justice voted 25 times without being able to elect anyone to this post because the options presented by the authorities have been opaque in the extreme. And at the local level, the vox populi says that various candidates are working in collusion with the narco-traffickers. The most famous was the chief of the Medellin inspectors, who arrived where he was because he had been the ex-Interior Minister.

Another important balance of power was the prosecutor (who in Colombia is equivalent to an Ombudsmen). According to the Charter, their functions are "to monitor compliance with the Constitution," "protect human rights" and "defend the interests of society." It is legitimate to ask then how Alejandro Ordóñez, a member of a Spanish far-right wing group, could defend the interests of Colombians of the 21st century or the Constitution of a secular state.

Ordonez remembers well the city of Bucaramanga, because there he organized a book burning of the public library. Since he is a Prosecutor, his proposals stand out condemning homosexuality, about the criminalization of abortion or the prohibition of sex education. In the Public Ministry that he heads, the emblems of the Republic were moved by his collection of crosses, virgins and candles.

So then, it was this "Inquisitor" (as dubbed by the Colombian press) that sealed the fate of Cordoba, which can be considered an act of political death. Why did he work so hard on bringing her down? Perhaps those that consider Piedad's honesty and openly progressive positions hurt the morale of the Prosecutor are right. As the filmmaker, Lisandro Duque says, a divorced woman, feminist and black, that besides took these issues to the battle front, is in opposition to the values of the Prosecutor.

Now, it is possible that a decision of that depth had not happened without the proper context - and this is the second disturbing element about the current state of Colombia.

The media lynching of Piedad Cordoba is directly related to her search for peace. She was illegally spied on by intelligence, and even the guards designated to her (were preventing, in fact, more releases). She was stigmatized by the power of Uribe and the media, which released the racist, sexist and chauvinist expressions of Colombians. Lately, also, she was the victim of a strange car accident (and now fears for her safety). Therefore, the decision of the Prosecutor is part of a line of historical sabotage towards the efforts made to bring FARC into the terrain of dialogue.

Peace initiatives (demonstrations, symbolic votes, dialogues ...) were numerous in the history of Colombia. They were driven by NGOs, church organizations, civil society groups, men and women from the political sphere and even leaders, as occurred in the late nineties.

However, all these efforts were in vain. Gabriel García Márquez in 1986 envisioned that the various acts of sabotage were expressions of "enemies of peace holed up inside and outside government." In the current decade, the historian Medófilo Medina believes that the level of resistance is so great that no peace talks with the guerrillas will be possible if governments do not receive the backing of the military, business and political sectors - which does not seem to concern them much.

This one constant explains why those who serve as intermediaries with the guerrillas or those who venture into the peace process are at serious risk: the great Jaime Garzón, beloved by all for his wonderful humor, was murdered by paramilitaries in 1999 by intervening in the release of hostages. That same year, with the context of the peace process already outlined, Jesús A. Bejarano was murdered, former dean of the Faculty of Economics, National University.

Many local attorneys who have established agreements with FARC were objects of pressures, lethal or not. Recently, during the negotiation process for the releases, including foreign intermediaries (the Swiss professor Jean-Pierre Gontard and former French Consul Noel Saez) were accused of being "collaborators" with the guerrillas. Most of the political class understood the lesson - in fact, do not get involved in these waters.

Piedad is aware of all this. But she is a woman, and reckless. So, with her self-confidence, talent and a liberal party that does not help the situation, she decided to enter in the search for peace. With tenacity, multiple initiatives, meetings and efforts. The results: she managed to reunite hostages with their families. And especially, with a horizon of hope: putting an end to the continent's longest, oldest armed conflict.

But Colombian inertia is too great a burden. The war has become routine. The peasants continue to be displaced (more than three million). Wide sections of society have as reference the Crioule obscurantism and the reactionary mafias. And the Santos government? In his initial one hundred days, he has given no indication he would change course.

Last November 2nd, the Senate confirmed the arbitrary decision of the Prosecutor. Piedad Córdoba has become an ex-senator. In parallel, the Supreme Court Justice began investigating the actions of the prosecutor. Today, it is impossible to know whether their decisions will be declared illegal or if some legal interpretation will excuse him for his sins. The Colombian legal path tends to be long, tortuous and unpredictable.

It would therefore be desirable that the political fate of Piedad Cordoba depended less on the vagaries of jurisprudence and more for the importance to society that peace dialogues advance. As a way to go, with the most dignity possible, to another phase of history.