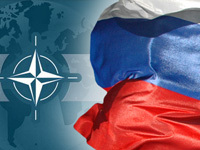 Oops, WikiLeaks did it again. The notorious website has unveiled the previously unknown details about NATO's activities in Europe. As it turns out, the North Atlantic alliance approved the plan to defend Latvia, Lithuania and Estonia against Russia's aggression. The plan was codenamed "Eagle Guardian."

The new portion of secret documents was published by  Britain's The Guardian. According to them, US Secretary of State Hillary Clinton and other high-ranking officials from different countries were corresponding about the defense of the Baltic States. The documents emphasized secrecy of the talks because they could seriously aggravate the relations between Russia and NATO otherwise.

As it can be seen from the exposed documents, the decision was initiated by the USA and Germany. Hillary Clinton's resolution clearly says that "Eagle Guardian" was the largest plan since the Cold War to reconsider NATO's strategy in Europe.

"We see the expansion of 'Eagle Guardian' as a step toward the possible expansion of NATO's other existing country-specific contingency plans into regional plans," Clinton apparently said in the cable.

According to the documents, the defense of the Baltic States, in case of Russia's aggression, would be guaranteed with nine American, British, German and Polish divisions. US and British warships would enter the Baltic ports of Germany and Poland. First military drills based on the plan are said to begin in early 2011.

The previously secret documents show that NATO's administration was negotiating the repulsion of Russia's aggression not only with the Baltic States but with Poland too. NATO was intended to deploy its naval forces in Poland's Gdansk and Gdynia ports. In addition, it was supposed to relocate C-130 Hercules planes and F-16 fighters from US bases in Germany to Poland.

The plan to defend the Baltics and Poland was discussed not only in correspondence, but at personal meetings between state officials. At the end of 2009, Estonia's Paul Teesalu, the director of the security department of the nation's foreign ministry, and Sven Sakkov, Estonia's defense ministry Vice Chancellor, conducted negotiations with NATO leadership. The Estonian officials convinced the alliance to expand the plan of Poland's defense ("Eagle Guardian") to Lithuania, Latvia and Estonia.

The Estonian officials were thrilled with NATO's decision. Teesalu said that it was "an early Christmas present." "Teesalu was pleased to see a clear plan to add the Baltic States to Eagle Guardian, and thought this the best option for easily including the Baltic region in contingency planning. Teesalu also fully agreed that all such discussion should be conducted out of the public eye, stating that Estonia is looking for, "solidarity, not visibility." [...] "Sakkov likewise stated this information is good news, and is a major event for Estonia 5 B= years after joining NATO," the document said.

The above-mentioned plan was finally approved at the meeting of the leaders of NATO-member countries in Lisbon on November 19-20.

By and large, the newly disclosed information can hardly be referred to as sensational. No one in Russia will be surprised if Polish officials say that Poland should be defended against Russia's "imperial ambitions." This is exactly the reason why the previous US administration was intended to deploy missile defense system elements in Poland. This also explains the appearance of Patriot missiles near the borders of Russia's Kaliningrad enclave.

As for the Baltic States, they seem to be obsessed with what "evil Russia" can do to them. The leaders of the three Baltic countries were concerned about France's decision to sell Mistral helicopter carriers to Russia. They claimed that Russia could use the vessels for the new "occupation" of the Baltic region. The apprehension of the Baltic leaders found support in Washington, which was not surprising at all.

Mikhail Alexandrov, a senior expert with the Institute for the CIS and the Baltic, said in an interview with Pravda.Ru that the above-mentioned defense plan was profitable for both the United States and its Baltic allies.

"The Baltic States started to confront Russia as soon as they declared independence 19 years ago. They started to portray Russia as an aggressive state. The leaders of the Baltic nations proved to be helpless in front of the world economic crisis. Therefore, the only thing that they can do to keep power in their hands is to start another wave of anti-Russian hysteria. This is what they have been doing during the last two years.

"The new outbreak of that hysteria occurred after the war in South Ossetia. The Baltic leaders started saying that their turn would come after Georgia. They started asking NATO for security guarantees, and the West decided to listen to them.

"As for the USA, this country wants Russia and the Baltic States to keep a distance. If the Baltic countries improve the relations with Russia, Lithuania, Latvia and Estonia will not be looking at the USA that much afterwards. Many common Estonians, Latvians and Lithuanians perfectly realize that they do not profit from the EU membership. Or are they supposed to be happy about their military men going to Afghanistan and Iraq?"