The Empire has no clothes: WikiLeaks, dirty face of U.S. diplomacy 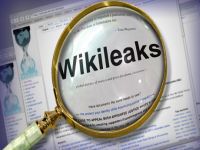 With the unveiling of more than 250,000 new documents about the spying activities of the United States around the world on Sunday (28th), the WikiLeaks site shows the real face of American diplomacy, which works with the aim of extending its imperial domination the planet.

The 250,000 documents were released by several international newspapers, and showed that the U.S. spied on dozens of nations, made plans to change governments, attack sovereign nations and also spied on the UN Secretary-General of the United Nations.

The documents contain information and assessments raised by hundreds of U.S. diplomats on key themes of U.S. foreign policy, such as the occupations of Afghanistan and Iraq, Iran and Pakistan. Furthermore, evaluations are included in the documents on bilateral, private conversations and conclusions on leaders of various countries.

One of the most current situations found in the documents is the pressure that the U.S. has been exerting against Iran. Tony Blair, former United Kingdom prime minister, defended the use of military force against the Middle Eastern country, while the Saudi monarchy called on U.S. diplomats-spies "to cut the snake's head," an allusion to Iran's President Mahmud Ahmadinejad.

Despite the role of diplomacy in spying on allied leaders, the song of U.S. spy activities has already been sung before by leaders like Fidel Castro, who warned for months that there are U.S. military plans to topple the Iranian government and destroy its nuclear power plants.

Fidel Castro has for months has been warning the world about the risk of a nuclear conflagration unleashed by the United States, which now came to the surface with documents about attacks planned on Iran. Another objective, as denounced before, is to overthrow Venezuela's President, Hugo Chavez.

The database to which the Guardian had access reveals spy activity conducted by the U.S. embassies in Bosnia, Bulgaria, Croatia, Macedonia and Turkey in search of information that can be used for blackmail against these countries, some their own U.S. allies in Eastern Europe.

Armenia, Azerbaijan and Georgia also appear in the leaked documents, and also Russia, China and the Democratic People's Republic of Korea (DPRK).

India, Afghanistan, Pakistan, Arab and African countries, as well as Honduras, Colombia, Paraguay, Brazil and Venezuela in Latin America, were also objects of widespread espionage by the United States.

The documents revealed on Sunday include a request from Secretary of State, Hillary Clinton, for their diplomats to discover technical details about communication between UN officials, which would include the Secretary-General, Ban Ki-moon.

The spokesman for the United Nations, Farhan Haq, declined to talk specifically about the documents, but reminded that the UN should be treated as an inviolable organization.

"The UN is in no position to comment on the authenticity of the document that aims to gather information on UN staff and their activities," he said.

Israel has no shame

The prime minister of Israel, Benjamin Netanyahu, affirmed for the international media that the documents showed "only" that his country was "taking care" of the tense situation with Iran. According to the documents, the Israeli secret service, the Mossad, exchanged information with American spies to conduct a military plan against Iran.

Others involved in the question against Iran is King Abdullah of Saudi Arabia, who repeatedly urged Washington to attack Iran to destroy its nuclear program. The Saudi King literally said that 'it is necessary to cut off the the snake's head" an allusion to the President of Iran.

The U.S. government also unlawfully obtained biographic and biometric data, including DNA, of candidates for president of Paraguay. One of the leaked documents was giving orders to diplomats in Paraguay for them to do profiles of each candidate's political positions.

Regarding China, American spies were instructed to collect information about cyber security in the country, the situation in the Tibet Autonomous Region and Xinjiang, the objects of acts of terrorism in the years 2008 and 2009.

Manuel Zelaya, Honduran president deposed in a coup in the year 2009, talked about American complicity in the coup that removed him from the government in July 2009, after scrutinizing the documents on his country.

"The U.S. complicity is clear in having known in advance the planning and execution of the coup and still kept quiet about it," Zelaya said in a note sent to the Dominican Republic.

The Secretary of State, Hillary Clinton, called the leak of information, "not only an attack on U.S. diplomacy, but the international community."

Hillary is now in charge of American diplomacy and, at the press conference, evidently didn't condemn the diplomatic espionage committed under the auspices of George W. Bush and the current president, Barack Obama. Hillary wants the issue to be seen as an attack on "Alliances and negotiations in search of peace and world security that are underway on the international level."