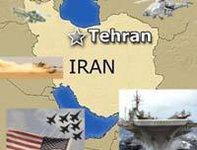 The two scientists worked at the Shahid Behesti University. Professor Shahriari played a key role in the implementation of Iran's nuclear programs. Shahriari chaired the department for nuclear engineering and was involved in the works to develop nuclear reactors of new generation.

Fereidoun Abbasi was an expert for laser technology at Iran's Defense Ministry. He was also a politician. In accordance with Resolution No.1747 of the UN Security Council (March, 2007), the scientist was not allowed to leave the country. In addition, Abbasi was also a member of nuclear programs at the nation's defense ministry. He was also a member of the Islamic Revolution Guards Coprs. (since 1979). Iranian sources said that the two scientists cooperated with Basij militia.

According to Iran's Fars news agencies, the terrorist acts were masterminded by the CIA and the Zionist regime. The USA and Israel, Fars said, decided to physically remove the Iranian scientists after they had failed to arrange the brain drain from Iran. A leading scientist of politics of the University of Teheran, Sadeh Zabakalam, also said that the terrorist acts had been organized by Western special services.

Other Iranian officials accused Israeli Mossad of the terrorist acts in Teheran. Some Arab media share the same opinion.

Ali Akbar Salehi, director of the Atomic Energy Organization, stated that Iran's enemies should not be playing with fire. Iran may run out of patience, the official said and added that the Iranian scientists would complete their mission.

Another Iranian prominent nuclear physicist, Professor Masoud Alimohammadi, was also killed in a terrorist attack in January of this year. Iranian authorities laid the blame for the attacks on the USA and Israel too. The latter rejected their implication in the murder of the scientist.

Nuclear physicist Ardeshir Hosseinpour, a professor at the University of Shiraz, died sudden death on January 15, 2007. He was 44. The scientist was known among foreign experts as the leading nuclear physicist of Iran.

According to the official version, Hosseinpour died as a result of gas poisoning. However, news agencies reported that the scientist died under mysterious circumstances. According to WorldNetDaily, Hosseinpour's death was connected with the work of Mossad.

In June of 2009, Shahram Amiri, another Iranian scientist, was kidnapped. Amiri had access to the Iranian nuclear program.

In addition, experts of foreign special services believe that Mossad has become a skilled hand at removing scientists from hostile states. From 1980 to 1981, Mossad supposedly removed four nuclear physicists from Iran.

Experts of Israeli DEBKAfile website believe that the assassination of the two above-mentioned Iranian nuclear scientists could be conducted by Sunni gunmen from Jundallah group, who conduct subversive activities against Iran on a regular basis. It is quite possible, though, that the attacks were arranged by Mossad. The United States does not support military actions against Iran, which can push Israel towards the start of its own operation to neutralize the Iranian nuclear threat. The best way to get rid of this threat is to remove those who realize the nuclear program.

Avigdor Eskin, an Israeli scientist of politics, said in an interview with Pravda.Ru that it was impossible to exclude Mossad's participation in the operation.

"No one can give you such a guarantee, of course. However, Iran has many other enemies too, it is not just Israel alone. Take, for example, the WikiLeaks scandal. According to the documents disclosed on the website, it was Saudi Arabia and the United Arab Emirates, but not Israel, that wanted to United States to strike Iran," the expert said.

The events in Teheran on November 29 showed that Iran was incapable of guaranteeing security to its scientists. Killing scientists can slow down the development of the Iranian nuclear program, but it will not eliminate the danger entirely.