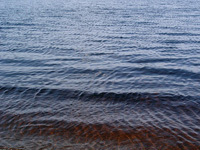 In Russia's Tver Region, divers lifted several buckets of human remains from the bottom of a canal. The first terrible discovery was made by a diver who decided to practice underwater hunting.

"On November 15, an amateur underwater hunter found a plastic bucket with a lid, which contained putty and human hands cut off at the wrist," says an official statement.

On November 16, as commented by the department officials," during an additional inspection of the bottom of the reservoir conducted in conjunction with forensic investigators and rescue workers, divers found and seized three similar buckets, each of them containing hands and two heads of unidentified persons."

In connection with the discovery of the remains of at least two people, investigative authorities of Tver region initiated a criminal case on the grounds of multiple murder.

Currently investigative activities are conducted aimed at identification of the victims and all the circumstances of the incident.

The last time a similar shocking discovery was made by children who swam in the summer in a pond near Moscow. Then they found a metal safe with traces of bullets and a skeleton of a man inside.

"The boys were frolicking, playing catch, diving," told the police after removing the safe from a pond near Moscow. "During a dive, one of the boys hit a heavy object. To get a better look of the find, the guys tried to lift the metal box, but in vain."

Curiosity did not let go, and then the young divers called the police. A few minutes later investigators and divers arrived at the scene. With the help of special equipment, the metal safe-box was hoisted ashore.

"Three walls of the metal safe had bullet traces," explains the police. "Particularly the back wall."

Specialists had to work hard to open the safe, as the door was tightly sealed. When the metal container was opened, the men found human remains inside with some tissue on the bones of the skeleton.

To accurately determine the causes of death, the body was sent for examination. But investigators soon decided that a painful execution took place. "It was already clear that the death was violent," - said the Interior Ministry. - "Inside of the box on the walls we found scratches that resembled nail marks. Apparently, the man was still alive when thrown into the water in the safe."

Investigators suggested that they have stumbled upon traces of an assassination, and the person who made the order came up with the most brutal way of killing his victim.

It was later established that the man in the iron safe had died a few years ago.