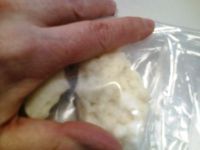 The increase of drugs in the U.S. and the EU, and the global drug trade, go hand in hand with imperial military expansion around the world. The "fight against drugs is a farce ... "

The Mercury News of San Jose, California, revealed that CIA agents sold hundreds of tons of cocaine in the U.S. during the years of the conflict in Nicaragua, in order to obtain funds for the Contras (US-created paramilitaries to prevent the Sandinista revolution). The report explains that Contra leaders met with a CIA agent to plan the operation. The drugs were transported in military aircraft to airports in Texas.

The drugs were first distributed in the black ghettos of Los Angeles, California, from there it spread throughout the country. In the early 80's, crack and cocaine ravaged neighborhoods in the U.S., destroying the brains and the will to fight and protest. The CIA then was called the cocaine import agency.   The chemical precursors are indispensable ingredients for the manufacture of cocaine, and not produced in Colombia, but without an embrago there is no plan "Germany" or "Swiss plan" by bombing the multinationals that manufacture the chemicals ... Why is that?

The paste, when dried as crack, was sold in Colombia as cocaine since 1981, It used to be smoked by addicts, mixing it with tobacco. In 1985, crack cocaine began to be diluted in ammonia, or ether, heated, filtered, dried, converted to crack, and then sent into Colombia, then the U.S. imported it stateside. It should be noted that the crack was also introduced into Colombia by the U.S., who since 1962, established the creation of separate paramilitary gangs, intensified bands of death squads that pre-existed in the service of large landowners, for their "anti-insurgency." This state terrorism, advised by the CIA, finances a big part of its paramilitary tool with drug-trafficking.

In the same year, 1985, the New York Times, published about the appearance of this drug in poor neighborhoods, calling the drug crack the most addictive in the history of mankind. This is true, the smoke reaches the brain instantly, as well as being absorbed by the lungs. It produces intense euphoria, followed immediately by a violent depression. Smoking it creates creates uncontrollable cravings or irrepressible dementia . Its use causes cardiac arrest, respiratory distress, mental disorders, delirium, cocaine frenzy with strong hallucinations, creating an irritable and aggressive attitude.

Until the early 80's due to the high cost of cocaine, it was only consumed by artists and jet-setters. A year later, Reagan authorized the formation of a paramilitary army in order to destabilise the government of Daniel Ortega in Nicaragua, known as the Democratic Front of Nicaragua (FDN) or Contras, under the command of Colonel Bermudez, a former National Guard officer. Nevertheless the assigned funds were not reaching them for training and arms purchases.

In March 1982, two exiled Nicaraguans, Danilo Blandon and Juan Meneses, flew to Honduras to meet with Colonel Bermudez, to address the funding of the Contras. Meneses was a drug dealer, known as the king of drugs. They agreed to be relocated to San Francisco to oversee the importation of tons of cocaine, while Blandon distributed it to traffickers. By then, the CIA and the Pentagon with Colonel Oliver North were part of the cartel.

In the U.S., the number of consumers increased from 6 million in 1974, to about 25 to 30 million in 1985. Of these consumers, 75% could be considered addicts. O'Maley and Washton conducted a study on the consumer profile of cocaine the U.S. In 1982, the results showed that the average age of consumers was 30 years old, 50% of them had incomes above $25,000 per year, the remaining 50% with higher education less than high school. But by 1987, after the intervention of the CIA, the average age of consumers was less than 25 years and only 15% had income of $ 25,000, only 12% had completed the same level of school.

The reporter, Gary Webb of the Mercury News, denounced in 2002 that the CIA was a key organizer of arms and cocaine trafficking to finance the entire U.S. dirty war against Nicaragua, through transport networks created by the CIA in Costa Rica, Honduras and El Salvador. Aircraft of this country took the cocaine to airports in Texas and Florida, circumventing controls of the DEA and customs, then returned laden with weapons for the Contras.

The CIA authorized the cocaine operation. By the beginning of the 80's, it was extremely expensive in the U.S., since no one had found safe transport routes for huge quantities. The network of the Contras was connected with the Colombian cartels to supply it in large quantities. Meneses managed to introduce cocaine in the U.S., nearly 200 tons per year, achieving a lower cost, from $50,000 a kilo to $20,000 or even $10,000. The big offer, even worse, was more popular in poor neighborhoods in the form of crack. The impact was devastating. Addiction was 20 times stronger than cocaine and much cheaper.

While the U.S. administration in the mid-80's launched an aggressive campaign to save the youth from the dangers of drugs, four organizations, DEA, Customs, Sheriff's Department and the California Bureau of Narcotics, complained that investigations on drug trafficking were systematically hampered by the CIA, alleging "national security" interests.

The Mercury News affirmed not long ago, "While there was a war in Nicaragua, no one remembers it. The black neighborhoods in America are still suffering the effects of drugs, especially crack, introduced by the CIA. Whole communities of homeless addicts wander promoting violence. The prisons are full of young blacks and Latinos at a higher rate, serving a sentence for trafficking cocaine, a drug difficult to find in black neighborhoods before the CIA circulated them in huge quantities. The Los Angeles gangs used this money to arm themselves and distribute cocaine throughout the whole country."

WHO, the UN office for the control and supervision of the agency UNDCP, estimates that at present, an excess of 44 million people are addicted to cocaine, regardless of other legal and illegal drugs. The UN estimates that consumption of heroin also increased, considering the hectares cultivated in Afghanistan, and the increase of exports of heroin from Colombia in recent years, coinciding with the invasion of Afghanistan and Plan Colombia (another form of invasion).

The studies of WOLA (Washington Office on Latin Americas), in charge of analyzing the impact of Plan Colombia against drugs and their impact on human rights in that country, warns of the failure of that project from its inception in 2000. The screening of illicit drugs in U.S. cities dating back to 1994, the first, and the last large-scale study from 2004, following the Colombia Plan, demonstrated an increase of drug use, and not just marijuana.

The U.S. is the largest producer of marijuana. It surpasses corn and wheat, its main agricultural products. The substance is virtually legalized in that country. In the false morality of the empire, it ended up being catalogued as a drug. U.S. hospitals have always used it for patients with stomach cancer, is now delivering it in dispensers, prior to its official legalization in the U.S. Smoking a marijuana cigarette is the equivalent of going for a walk.

These increases of drugs in the United States and the global drug trade go hand in hand with imperial military expansion around the world. With funds that drug trafficking by the CIA produces, they can finance 100 out of 100 of the dirty wars against countries that are not related to the capitalist system.