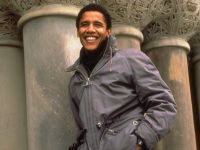 All through the U.S. media, the Republicans are heard speaking endlessly about government spending, the debt, the financial crisis, ad nauseam. What they fail to mention is that their own people are responsible for the dire situation, the debt, the spending, the miserable state of the economy.

They are desperately trying to blame the Democrats and the Obama administration, which hasn't been around long enough to be responsible for any of that. Polls suggest the effort is paying off. They have managed to get the amnesiac, dumbed down, brainwashed U.S. population to forget it is they who are responsible for the mess the country finds itself in.

How such hypocrisy is not immediately thrown back in their faces is unfathomable. It's their endless wars and aggressions that are responsible for the spending and debt, the sliding of the U.S. economy into a bottomless pit.

U.S. military spending - Department of Defense plus nuclear weapons (in $billions) - is equal to the military spending of the next 15 countries combined. U.S. outspends Iran and North Korea by a ratio of 72 to one.

"Current military" includes Dept. of Defense ($653 billion), the military portion from other departments ($150 billion), and an additional $162 billion to supplement the Budget's misleading and vast underestimate of only $38 billion for the "war on terror." "Past military" represents veterans' benefits plus 80% of the interest on the debt.

To date, the total cost of war that has been allocated by Congress is $1.09 trillion, with $749.9 to Iraq and $337.8 to Afghanistan. The numbers include both military and non-military spending such as reconstruction. Spending includes only incremental costs, those additional funds that are expended due to the war.

For example, soldiers' regular pay is not included but combat pay is included. Potential future costs, such as future medical care for soldiers and veterans wounded in the war, are not included. These numbers do not account for the wars being deficit-financed or that taxpayers will need to make additional interest payments on the national debt due to these deficits.

One thing you can be sure of. Every time a Republican opens his/her mouth, they are lying. They can be counted on to do absolutely nothing for the real problems of the country: homelessness, sick people without health care, unemployment, foreclosures. A vote for a Republican is a vote for these human tragedies to continue and worsen. They are ultimately responsible for forcing the current administration to spend, spend, spend on the war machine.

They will always be part of the problem, not part of the solution. Hold the fort, the Tea Party hags are at the forefront. It is clearly evident that they are deliberately putting obstacles in the way of the Obama administration...like cutting off their noses to spite their faces, two faced they are. They would rather continue their political agenda than do what's good for the country and their countrymen.

At the core of much of the vitriol, obvious to the rest of the unsleeping world population, is the racist basis of this growing slanderous hate campaign.

Contrary to what lying, campaigning Republicans would have you believe, Obama is not doing a bad job. He is not ruining the economy. Obamacare is not breaking the backs of the country, war is.

Please tell us how Obamacare is responsible for spending problems? Instead of helping people, you want to kill them. Nice.

War, what is it good for? Absolutely NOTHING.