by Bianka of Jesus, Prensa Latina 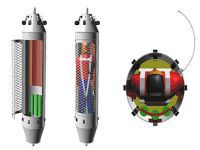 The beginning of the rescue operation of the 33 trapped miners in Chile could be of use tonight, according to sources said the team of rescuers. Chile could be hours of rescuing the miners.

Speaking to Chilean television, the engineer adviser of the rescuers Miguel Fortt said that the decisive moment could advance in a couple of hours. Although official data from the beginning of the rescue is still operating at 00:00 (local time), family members and miners maintain that everything would be ready to start at 20:00 hours on Tuesday.

The exact time will depend on how long the forge of concrete on which the rescue capsule to be installed will take to bring the miners to the surface, said the minister of mining, Laurence Golborne, yesterday

According to specialist Rene Aguilar, the capsule that will move the miners will take 55 minutes each.

That elevator, called the "Phoenix" is a steel structure 56 cm in diameter and 3.95 meters high.

Yesterday the chief operations engineer, Andrew Sougarret, warned that lifting the miners cannot rule out all risks associated with rocks or possible detachments of a bogged capsule.

However, the successful process of drilling the tunnel exit and the positive evidence of movement of said cage decreases the likelihood of accidents, the Chilean authorities ensure.

The first miner, Florencio Avalos Silva, was rescued at 23.11 local time. The foreman was winched to freedom inside a slim capsule pulled through the 28-inch-wide shaft that had been drilled to reach the men's underground refuge. He emerged to ecstatic cheers from rescue workers and the families of the miners, but was shielded from the view of the reporters who had arrived from around the world to cover the dramatic event.  A married father of two, the rescued miner also has a brother below waiting to be rescued.