Osama bin Laden to be replaced with US-born Yemeni

The world may have established another "terrorist number one." Saudi Osama bin Laden was replaced (or is about to be replaced) by U.S.-born native of Yemen Anwar al-Awlaki. 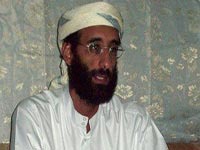 Some European sources reported that the CIA compiled a new list of persons subject to immediate elimination because of emanating threats. Such a document surfaced before. Osama bin Laden was always at the top of the list. But now "terrorist number one" is 39-year-old Anwar al-Awlaki.

There is no official confirmation of this information. But it is possible that this may be true. Back in April the information was released that the U.S. administration has given authorization for the destruction of Al-Awlaki. He is considered related to three participants in the terrorist attacks on September 11, 2001.
It is also assumed that al-Awlaki had contact with the Nigerian Umar Farooq Abdulmutallab who tried to blow up the plane Amsterdam-Detroit on December 25, 2009. He is also suspected of a connection with Major of the U.S. Army Malik Hassan, who shared the ideas of Islamic extremism, and on this grounds shot his colleagues in the fall of last year at a military base in Texas.

If the above is true, the world will have to learn a new name symbolizing "the embodiment of evil on earth." Now this questionable title will belong to a U.S. citizen.

Anwar al-Awlaki was born in New Mexico in a family originating from Yemen. He studied engineering at the University of Colorado. However, it seems that he was not interested in the scientific or industrial activity. Somewhere in the middle of the 1990's, the young man became a follower of radical Islam. He shared his ideas in mosques of the two cities of Colorado - San Diego and Fort Collins.

It could have happened so that Al-Awlaki would not be on top of the current terrorist watch list. He got in sight of the FBI in 1999, when he was suspected of contacts with some emissary of al-Qaeda who was providing satellite connection to bin Laden himself. However, it was not possible to gather the necessary evidence against him at the time, and he was let go. The case was closed.

In 2001, Al-Awlaki served as an imam of a mosque in the town of Great Falls in Virginia. He welcomed the September 11 attacks, and here again got under the radar of the CIA and the FBI. However, in 2002, the radical preacher left the United States. A year later, he was seen in Iraq, where he, along with the radical Islamists, fought with American troops occupying the country. Then he left for the land of his ancestors.

In 2004, al-Awlaki was arrested and spent nearly a year in a Yemeni prison. Again, it was impossible to prove his involvement with terrorism. Since then, there were various reports of his whereabouts. Someone seems to have seen him in Yemen, someone - in Somalia, someone in the UK. Late last year, Yemeni security forces reported his elimination, but, as it turned out, erroneously.

Yet, one place where the new terrorist number one likes to spend his time is known exactly - the Internet. American intelligence agencies believe he is the most "advanced" in terms of using the latest technology. On YouTube alone, he uploaded 1900 videos with propaganda of terrorism. Many of them contain calls to kill American soldiers in Iraq. In addition, al-Awlaki has a blog.

A particular danger posed by the American of Yemeni origin is also the fact that his native language is English. For this reason, it is much easier for him (than for Saudi bin Laden) to recruit extremist youths from the U.S., Canada, Western Europe and Australia. There is information that almost all terrorists who recently attempted to conduct terrorist attacks in the West one way or another were in contact with al-Awlaki.

Based on the network activity of the new "terrorist number one," American intelligence agencies have concluded that he is far more dangerous than bin Laden. The latter is hiding somewhere in a cave on the border of Afghanistan and Pakistan, addressing the world from time to time with some "morally outdated" video messages. But al-Awlaki manages to react to current events much faster. And the instructions for carrying out the attacks reach the performers much faster than those by bin Laden.

The world is changing. Along with it, alas, changes al-Qaida. The emergence of the modern terrorist leader, who is likely to replace Bin Laden, was quite predictable.