Young cannibal eats his grandmother while she is alive 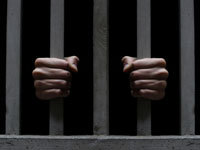 A resident of Simferopol, Sergey Zhnarev, attacked his own grandmother and brutally killed her with a piece of mirror. The 60-year-old woman, named Lidia, died a terrible death: her grandson pulled her eyes out of the sockets, chopped off other body parts and ate the human flesh while the victim was still alive.

The woman was conscious during the monstrous act of cannibalism. She was doing her best to fight the attacker, but the man cut off the victim's tongue and ate it too. The woman eventually died from the pain shock.

However, the woman's neighbors heard the terrible screams and called the police. When the police broke into the apartment, they saw the insane man standing in the middle of the room in his underwear only. He was all covered with the victim's blood. The man was praying holding a cross in his hands. The maniac was certain that he was conducting a mourning ceremony for his grandmother's body.

Sergey was growing as a quiet man. He received a technical education and worked as a software specialist. However, his neighbors described him as a religious fanatic. Sergey started living with his grandmother after his parents divorced.

The court ordered to put the 26-year-old man into a mental institution. "He will be put on trial after the treatment," a judge said.

The former technician, whose story reached even the British press, does not regret what he had done. He only said he was sorry he would not eat his grandmother's cakes anymore.

The cannibal told psychologists of the mental institution that there were voices living in his head. The voices supposedly told the man how the old lady must be killed.