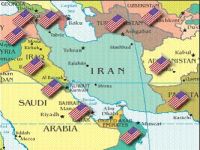 After the regular meeting on Monday, the National United Socialist Party of Venezuela (PSUV) called on the progressive forces in the world to work in terms of prevention of nuclear war following the illegal sanctions applied by the United States (U.S.) and the European Union (EU) on Iran to prevent uranium enrichment for peaceful purposes.

In a press conference, the member of the National Directorate of the PSUV, Ali Rodriguez Araque, referred to the remarks of the former President of Cuba, Fidel Castro, who said that the intensification of the conflict could trigger a nuclear war.

"We insist on negotiations and a peaceful exit for all peoples who may be involved in a war, including the great powers who think they can emerge victorious in an armed conflict, but always the victims are the poorest sectors," said Rodríguez Araque.

These accusations are part of the worldwide feedback following the adoption of a resolution by the Security Council of the United Nations, which imposed sanctions on Iran for its refusal to shut down uranium enrichment work, despite agreements reached after negotiations led by Brazilian President Luis Inacio Lula Da Silva, so as to complete negotiations for a peaceful solution to the conflict.

After this, the U.S. and the EU announced they would use additional sanctions against Tehran, which extends the sanctions adopted by the Security Council, and impose sanctions against companies that provide refined petroleum to Iran or who offer support to the Revolutionary Guards or their nuclear program.

"This situation, coupled with the sinking of the South Korean vessel has become very sensitive to possible conflict," said Rodríguez Araque, while reminding of the complaint made by Fidel Castro that "reports indicate that a joint flotilla by the U.S. and Israel would mean a trade blockade of Iran."

For this reason, he called on the parties to resume the path of negotiations to avoid conflict that could take major dimensions that would affect everyone.