Russian Draftee Returned Home Ripped Up from Groin to Chin

The unnaturally long scar from the chin to the groin showing on the body of Roman Suslov, a draftee from the Russian city of Omsk, is the trace of common autopsy, an expert believes. According to the experienced forensic pathologist with a large Moscow clinic, the shocking video released by the soldier’s family does not prove that his internal organs were stolen, The Moscovsky Komsomolets newspaper reports. 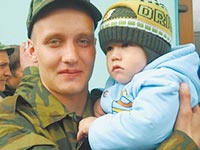 Russian Draftee Returned Home Ripped Up from Groin to Chin

Roman Suslov, who was called up for service in a military unit located in the city of Bikin bordering China died on his way to the base on May 23. His mother was told he had hung himself in the train toilet. When the draftee’s family opened the coffin, they found a long scar from the chin to the groin on his body and made a statement that it was not a suicide. They said Roman was murdered so his internal organs could be sold to the neighboring China.

Russia Today: Civil service still not an alternative to army

The prosecutor’s office did not believe the statement. Alexander Rogachikov, interim military judge of the Far East military district, said the story was “not only contrived, but plain blasphemous.”

"During organ retrieval two cuts are made on the chest and stomach, lateral, and a deeper diametrical. We know a story when a guy met a girl in a club, brought her to his rental apartment, they had a glass of wine each, and he passed out. He woke up feeling cold to find himself naked in the bathtub filled with ice. He called an ambulance. The doctor saw the cut on his back and indentified that the guy’s kidney was retrieved, and drainage was placed in his back. Sophisticated humanist if you will.”

The medical professional explained there was nothing unusual about Roman’s scar. He said it was a common dissection.

"Organs are retrieved during dissection. Usually when we have a “forensic” patient we check if the internal organs are damaged. We examine the heart , the blood vessels. We take histological samples – tiny pieces of tissue from each organ . The samples for chemical analysis when we need to rule out poisoning of overdose are usually larger. Normally the organs are later placed back into the body,” the expert explained.

The medical professional added the strange traces from injections on the soldier’s fingers and the bend of the elbow were the “traces of mandatory forensic examination and injections.”

He also said that those who prematurely die in Moscow and Moscow region get even their blood retrieved. “A corpse is a Klondike these days. We retrieve the heart, kidneys, liver, and other organs. There is an unwritten instruction that says whose organs we cannot take. It includes all Muslims who are easily detected because they are circumcised. We also try not to touch tattooed bodies. All the rest are welcome donors. Who is going to notice that a dead person is missing something? They are dressed by our aid-men, so everything is hidden.”

The expert said no one is afraid of potential scandals with the families of the diseased. “ What do they do ? Require an expertise ? Who is going to conduct it ? The people from the same circle. But I do not think this is the case in this incident,” the pathologist said.

"As for the soldiers who die in the army, from my experience parents never agree with the results of the expertise and always try to contest the diagnosis. It is very hard to accept the death of a 20-year old guy who put the rope on his neck,” the expert said.