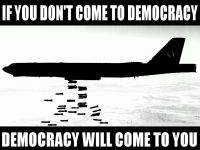 Although the businesses of the export sector of Brazil are trying to keep away from Iran because of sanctions imposed by the UN on Tehran's disputed nuclear program, the Brazilian government, in a clear rejection demonstration to the sanctions, said that it is going to export, yes, ethanol to the government of Tehran.

According to the Foreign Ministry (Ministry of Foreign Affairs of Brazil), the UN sanctions against Iran do not restrict ethanol exports to that Persian country. "We will export to anywhere we want, our priority is to open markets. UN sanctions do not prohibit the sale of ethanol, so we do not know why there would be trouble. Brazil will not sanction voluntarily," said an official with the Brazilian government.

However, the same source made it clear that in the decision to export ethanol to Iran, the Brazilian private sector is inclusively in charge, which has the unquestionable right to decide to whom to sell, thus assuming the risk of possible retaliation by the United States and other countries that have approved sanctions against Iran

According to Adhemar Altieri, director of communications for Única, a Brazilian organization that represents ethanol producers, Brazil's businessmen have no intention to export ethanol to Iran "There are no projects of short or long term to sell ethanol to Iran, and if it is for export, we will opt for priority markets, importing in larger volumes," he said.

In the tone of a veiled threat to Brazil, the United States told Brazil that "it would not be a good idea" to sell ethanol to Iran. "That it would be very risky, since the sanctions adopted by the UN recognize that there is a potential link between Iran's energy industry and activities of (nuclear) proliferation," said a source from the U.S. government.

In the United States Congress, allies of Israel said they are going to stop supporting the openness of the U.S. market for Brazilian ethanol if there is progress in cooperation between the government of Brazil with the government of Iran.

This confrontation between Brazil and the United States puts Brazilian sugar mills at a crossroads of a difficult decision, "if you run the beast gets, if you stay the beast eats": If Brazil complies with UN sanctions and does not sell ethanol to Tehran, it fails to make money, and if it circumvents the UN sanctions on selling to Tehran, it loses the U.S. ethanol market .

Political observers said that this arm-twisting from President Luiz Inacio Lula da Silva and the UN Security Council (U.S., France, Britain, Russia, China and Germany) may result in a massacre of Brazil within the framework of international diplomacy or in its projection as a respected figure in the global context of nations.