A former patient brutally murdered his attending doctor right in his office and then killed himself. The investigators determined that the perpetrator had had a part of his internal organs removed erroneously. 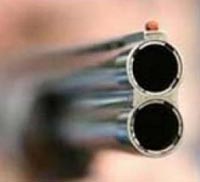 The victim (the doctor) was identified as Aleksey Mamonov, a 55-year-old chief physician of a scientific research center of the Russian Academy of Sciences. The criminal visited his office at 8:50 a.m. June 8.

“The patient rushed into Mamonov’s office and shot the doctor in the head from a sporting gun. The gun was loaded with shot, but the Mr. Mamonov died right on the scene,” a police officer told Life News.

The murderer, Alexander Zabrodin, 58, shot himself in the stomach immediately afterwards.

“The two died on the scene of lethal bodily injuries,” investigators said.

The murderer underwent treatment at Mamonov’s hospital about six months ago. The patient was diagnosed with cancer. Alexander Zabrodin was operated on, although his condition only worsened considerably after the surgery. He started complaining of intolerable pains.

The man asked for help at another hospital, where his diagnosis was not related to oncology. Most likely, the former patient believed that Aleksey Mamonov had made the wrong diagnosis, which entailed unnecessary surgery. The unlucky patient decided to take revenge on the inattentive doctor.

Colleagues of the slain doctor acknowledged that the operation performed on Mr. Zabrodin, the murderer, had not been a perfect one. However, they insist that the man’s disease had been diagnosed correctly - cancer.

“The disease did not stop after the surgery, and visceral metastases continued to develop,” doctors said.