The Moscow police arrested and then let go a client of “Euroset” cell phone retailer who brutally beat up a female employee of the company. The attack resulted in her miscarriage. 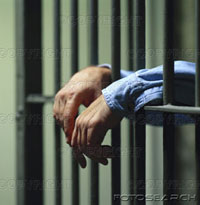 The client went furious over 30 rubles ($1) and beat up 26 year old Oksana Agnaeva who worked as a senior sales assistant in a Euroset store located near Bibirivo metro station. The client who attacked his victim at her job was released after initial interrogation, Life News reports.

According to the investigation, 47-year old Sos Khachikyan came to the store on Tuesday and asked for a lottery ticket. He won 30 rubles and continued playing. After a series of losses the player calmed down and decided to stop. He asked the sales person to put the rest of his winnings towards his phone payment.

The sales person agreed and proceeded to fulfill his order. The client suddenly changed his mind and asked to give him his 30 rubles back. The woman was confused for a moment, and the client started to express his frustration in a rude manner. “I tried to explain him everything, but he did not listen and kept yelling offensive things,” says Maria, a sales assistant.

Then Olesya Agnaeva, a senior sales assistant, tried to settle the argument, Regions.ru reports. She tactfully asked the man to calm down and listen to the sales person. The client grabbed her by her chest and hit her in the head several times. Then he pulled her out from behind the counter and began hitting her in the stomach.

Maria pressed the alarm button. The police came and arrested the furious client. He then was taken to a police department, Rosbalt reports.

Olesya was taken to the emergency room but started bleeding on the way to the hospital. In the hospital it turned out that she was 6 weeks pregnant. The doctors failed to save the child and the woman had a miscarriage.

"I learned that I was pregnant three days ago. It was my first pregnancy,” Olesya said.

According to doctors, her condition is satisfactory. She will be observed by medical professionals for a while to avoid complications.

"The woman has hematomas on her head and stomach,” commented Euroset’s press service.

They confirmed that their employee suffered over nothing. Now the company will do everything they can to make sure the criminal is properly punished.

"The attack happened when the senior sales assistant decided to return 30 rubles for the service that the client refused. Attacking a person over 30 rubles is cruel beyond limits, and it has to stop. We will be doing what we can to make sure that the criminal goes to jail,” Euroset commented.