UN Closes Mission in the Afghan city of Kandahar

Insecurity UN forces out of Kandahar 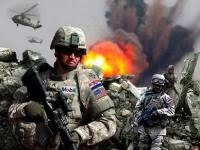 UN Closes Mission in the Afghan city of Kandahar

The prevailing insecurity has forced on Tuesday (27/04) the UN to withdraw foreign staff and close its mission in the conflictive southern Afghan city of Kandahar, in the south of the territory, an offensive aimed at U.S. and NATO. The spokesman for the major international body, Susan Manuel, announced that some foreign employees in the office of Kandahar province's capital were transferred for safety to Kabul, and the Afghan staff was told to remain in their homes.

However, the head of the provincial council, ADMADE, Wali Karzai, brother of President Hamid, said that the UN is wrong to withdraw its staff.

Karzai strongly condemned the UN for withdrawing from the city's ancient cultural capital of the Taliban, and said this is an irrational decision. Local Afghan authorities were not consulted.

In this context, thousands of troops from NATO and the U.S. planned in the coming months, the largest military offensive in Kandahar, the second most important city in the country, an assault that takes almost nine years.

According to these plans, which will begin to be developed in June, about eight thousand U.S. and Canadian soldiers will occupy rural areas around the city while a brigade recently mobilized 3,500 troops Navy of the Pentagon to escort 6700 Afghan police in urban areas.

Altogether, this operation will involve around 23,000 NATO ground troops, as well as U.S. and Afghan employees.