Western Sahara provides a telling example of a United Nations Organization pandering to the dictates of the powerful and turning a blind eye to the requirements of the needy. Under Ban Ki-Moon, it is a travesty of justice, a joke, a shambles and a disgrace. Nobody speaks about the Saharawi people and their holocaust under the yolk of Moroccan cruelty. Read on. 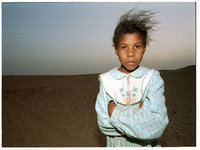 The Secretary-General of the Polisario Front, Mohamed Abdelaziz, has sent a letter to the Secretary-General of the UNO, stating that he is “deeply disappointed” with the latest UNO report presented to the UNSC, which underlines the “incapacity of the UNO to surpass the blocks placed by Morocco against honouring its commitments to the Saharawi people”. Namely, holding a free and fair referendum in Western Sahara on its status after it was invaded and repopulated with Moroccans.

Since 1975, nobody has cared about Western Sahara, while Morocco raped its women

The quandary regarding the referendum is the terms under which it is organised: on the population/ethnic balance in 1975 or the current one after so many Moroccans poured southwards?

The Plight of the Saharawi

A colony left bare when the colonial power (Spain) walked out, left to their own devices, to confront a more powerful and cruel neighbour (Morocco) who eyed their rich phosphate reserves and possible oil fields, while the international community turned its back on them (the Saharawi people from Western Sahara), the Moroccans did what they wanted, and continue to do so. They are raping the soul of Western Sahara and the Saharawi people.

In a letter from the Robert F. Kennedy Center and Human Rights Watch to Ban Ki-Moon, UN Secretary-General, the “human rights violations” of Morocco are denounced, as if the UNO needed such evidence. Calling for a mechanism in the UNSC which watches over the human rights situation in Western Sahara, the letter asks why the UNO has been incapable of honouring its commitment to hold a referendum in the country, since this was the objective of MINURSO back in 1991, twenty years ago.

This, because Morocco has systematically stalled while courting the favours of Washington with an anti-Socialist rhetoric and no doubt the greasing of palms.

Meanwhile Morocco’s authorities have been brutally repressing any Saharawi who stands up for their rights. Women are tortured, raped and beaten (there is a vast array of photographic evidence on the Net), people are incarcerated in horrific conditions without trial. Amnesty International and Human Rights Watch have documented the crimes.

It is time for the international community to take stock as to where it stands. Turning a blind eye to the Gate of Hell which is Morocco is no longer an option. Calling for a hunger strike next Saturday in solidarity with the Saharawi people, and let us reflect collectively on how we can bring this case into the political agenda.