WWII Veteran and His Wife Shot Dead in Moscow

A hideous double murder was committed in Moscow on April 12. An 84-year-old veteran of the Great Patriotic War Yevgeny Prantsuzov and his 83-year-old wife Anna Bondarenko were shot dead in their apartment. 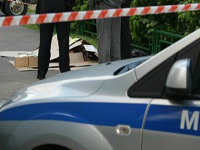 WWII Veteran and His Wife Shot Dead in Moscow

The couple communicated with their relatives on the phone in the morning. No one picked up the phone in the evening, although the veteran and his wife were supposed to stay at home. The couple’s grandson came to visit his grandfather, but no one opened the door for him.

When the police broke the lock and entered the apartment, they found that the man and his wife had been murdered. Forensic experts said that the elderly man died of a gunshot in the head. His wife was shot in the head and the stomach. The people were most likely killed from a sporting gun, Pravda.Ru said. There was no weapon, bullets or cases found on the crime scene.

Investigators originally believed that a murdered intended to rob the elderly people’s apartment. However, it was later revealed that nothing had been stolen. Investigation is underway.

War veterans traditionally receive more public attention every year at the end of April and in the beginning of May, when the nation celebrates Victory in the Great Patriotic War. However, there are people who dare to commit crimes against veterans.

The body of an 84-year-old man was found in his apartment at the end of November 2009 in Russia’s Stavropol region. The victim’s hands were tied behind his back, and a plastic bag was put on the man’s head. A perpetrator stole 27,000 rubles ($900) from the apartment.

Investigation revealed that the victim’s step daughter had been involved in the crime. The woman convinced her friend to attack the elderly man to rob him. As a result, the step daughter and her associate were sentenced to eight and seven years in jail.