The United States Assistant Secretary of State to Latin America, Arturo Valenzuela, acknowledged on Wednesday (7th) the right of a "sovereign" country to renew their weapons, but demanded that military spending in the region be reduced. 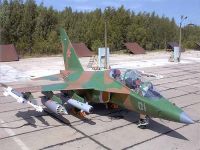 "Any sovereign country has the right to seek improvements to their armaments and modernizing them. This is obvious and it respects sovereignty," Valenzuela said after a question about the purchase of weapons by Venezuela during a lecture at the University of Los Andes in Bogota.

However, the U.S. diplomat said "there was a reversal on the military expenditures in Latin America. Therefore, we must consider that this spending would fall, since there are so many problems to be solved."

"It's a question that goes far beyond Venezuela, which should be how it will reduce the arms race, how to solve problems. Good thing there is UNASUL (Union of South American Nations) a proposal in that sense," he said.

A few days ago, Philip Crowley, the spokesman for the U.S. Department of State, said the biggest concern in Washington with the announcement from Moscow to sell $5 billion in military weapons to Venezuela, is the possibility that some of these weapons end up in other countries.

Valenzuela, who arrived in Colombia on Tuesday afternoon after visiting Ecuador, said the United States is concerned with "aggressive speeches, that could violate peace on the continent."

"It just worries the United States, as it should worry the other Latin American countries," he added. Shortly before, during his conference, Valenzuela emphasized that at this point we cannot "tolerate war-like threats between these countries and neither support to terrorist groups," without specifying which group he was referring to.

Valenzuela met on Tuesday with Defense Minister of Colombia, Gabriel Silva, and is expected to travel to Cartagena (1100 km north of Bogotá) to attend the fifth Latin American edition of the World Economic Forum, which will end on Thursday. Later, he will visit Peru.

Colombia and the United States in 2009 signed a military agreement allowing American troops controlled use of seven bases on Colombian territory to "fight drug trafficking and terrorism."