The Revolutionary Armed Forces of Colombia today handed over the soldier, Joshua Daniel Calvo, the first of the two prisoners that the guerrillas want to unilaterally release this week. According to official sources in Bogota, the soldier was released at an unspecified point in the Colombian jungle and was received by the humanitarian commission headed by opposition Senator Piedad Córdoba. 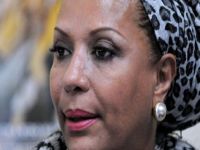 After more than two years of captivity, the former prisoner arrived at the airport of the city of Villavicencio at 13:00 h local (15:00 h local time in Brazil). Calvo was wearing a light blue shirt and sport pants and got off the plane resting on a small cane. He was received by his parents down the runway. The soldier then was driven to a reserved private room, where he met with other relatives and was greeted by the Commissioner of the Colombian government for Peace, Frank Pearl.

The army of the country determined that Calvo be taken this afternoon to a hospital to undergo medical examinations. A group of representatives of the International Committee of the Red Cross (ICRC) and the Catholic Church also took part in the rescue. Besides them was a doctor, who had the function of evaluating the health status of Calvo.

"On this day in mid-afternoon in a rural zone of the [state] of Meta, the soldier Joshua Daniel Calvo was handed over by FARC," reported a statement by the CICV.

The organization thanked Brazil for the logistical support in the rescue - the two helicopters used by the committee were provided by the national armed forces - and the Colombian government, law enforcement authorities of this country and the people who helped facilitate the operation.

Next Tuesday, the same humanitarian commission will leave for the city of Florencia, 586 miles south of Bogota, to collect Sergeant Pablo Emilio Moncayo, taken prisoner 12 years ago and who will also be released by FARC.