Cuba's humanitarian efforts have been above and beyond what is expected of a little blockaded island such as Cuba. Nonetheless, the humanitarian efforts of Cuba are being recognized by the President of Ukraine, Viktor Yanukovich. Cuban President Raul Castro and the leader of the Cuban Revolution, Fidel Castro, were honoured with decorations for their continued assistance to the children who were victims of the 1986 nuclear accident in Chernobyl. 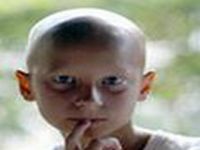 Some 23,000 Ukrainian children of Chernobyl received medical attention in a rehabilitation center located in Tarara, Havana. Cuba has offered sun and fresh air, as well as therapy for Ukrainian children, thousands of kilometers from Ukraine. These children to this day continue to be born with health and physical problems resulting from the tragic accident.

It was daybreak on April 26, 1986, when Reactor 4 exploded at the Chernobyl nuclear power plant, then part of the Ukrainian Soviet Socialist Republic. The explosion sent the temperature up to a searing 2,500 degrees according to reports, melting everything nearby. A cloud of radioactive dust spread over much of Europe. The radiation released during the disaster caused a wide range of ills among the population, such as cancer and birth defects.

The most frequent problems treated are thyroid cancer, leukemia, muscular dystrophy, psychological and neurological ailments, as well as skin diseases that are not cured in Ukraine, such as vitiligo, psoriasis and hair loss. The reactor explosion released, among other radioactive substances, cesium-137, which remains active much longer than other types. This means that people exposed to cesium-137 are still at risk of contracting illnesses, and children who live in contaminated areas, but not alive at the time of the disaster suffer from many health problems.

The project operates through an agreement between the two countries' health ministries. It has been estimated that Cuba's expenditures have amounted to approximately 350 million dollars in medications alone. Ukraine provides transportation, while room and board and medical services provided in Cuba are covered by the host country.

According to Cuban authorities, this help will continue as long as Ukraine needs it...with nothing expected in return. On behalf of Ukraine, other victims and humanity, President Yanukovich expressed his deep gratitude to the Cuban leaders for their “enormous help” to assist Ukraine in overcoming the consequences of one of the worst nuclear accidents ever. Who are the satanic demons of hell calling Cuba and its leaders, its society and revolution the manifestation of evil?