Gone are the days when American politicians could hardly tell the location of Brazil on the world map. It's getting past the time when United States diplomacy in Latin America is remarkable for its policy of "Big Stick", or "big stick". 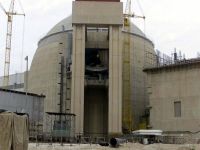 It is no longer a time that the foreign head of Brazil would take his shoe to be searched at a U.S. airport. Finally, it was the time when a president of Brazil, in a gesture of neocolonial approval, proclaimed that "what is good for the United States is good for Brazil."

Hillary Clinton - Secretary of State, on her trip to Brazil - we really feel the changing times, had to recognize the role of our country as a major global player. Expressing once again an imperialist policy toward Iran, Hillary has exhausted her arguments for sanctions against the Persian country. In turn, President Lula did not hesitate saying that Brazil maintains its position for the incessant search for dialogue with Iran against the threat of sanctions exposed and argued for by the wife of former President Bill Clinton, stating as follows: "Brazil maintains its position, Brazil has a clear vision on the Middle East and on Iran Brazil understands that it is possible to build a different direction. It is unwise to hold the wall in Iran. What is prudent is to establish negotiations.''

Despite the diplomatic tone in the presence of Lula and Celso Amorim, she seized the opportunity to go beyond the search for consensus on the issue of Iran in Sao Paulo, and much more at ease, lost the opportunity to heavily criticize Venezuela and play one country against another with the story of Venezuelan institutions compared with the Brazilian democracy.

Now, and this obsession with Iran? Will it be the case that there are "humanitarian" preoccupations regarding the future of the planet after Iran gets a bomb of mass destruction? In terms of "big politics" there is no room for naivety, but a concrete analysis of a concrete situation. In this sense, what the U.S. is seeking is to expand its presence in Mesopotamian lands, now with their jaws pointed to Iran and a region where the oil flows in abundance.

From the strategic viewpoint, a more educated person realizes the compass of the imperialist policy of plunder in the Middle East aiming to also pursue a center of contention with a highly industrialized, nuclear Russia and China with its increasingly expanding industrial, financial and atomic power of persuasion.

If Iran transforms itself into a major "problem" to be administered by means of threats and the imposition of a puppet power in Iraq, what does Latin America say beyond what has been stated above? As the visit of Mrs. Clinton was geometrically planned, she included Brazil, Chile, Uruguay, Argentina, Costa Rica and Guatemala, that meant a geographical perimeter that isolates Bolivia, Ecuador and Venezuela and leans in Honduras where a conservative solution was found with the anti-democratic deposition of Zelaya.

In all countries visited, Hillary Clinton spoke with heads of state and government. For example, in Argentina she made herself available to mediate the question of the Falkland Islands, when all that Argentina needs from the United States in this matter is not mediation, but the withdrawal of U.S. support to the "right" of England to defend its interests in any quadrant of the planet. History shows that this type of mediation always ends up benefiting the "settler" from an exchange of sovereignty by the administration. This means that the most that Argentina could advance in this matter - under Anglo-Saxon mediation - would be regaining sovereignty over the archipelago, however, maintaining the leonine status of unfair administration under external control.

The U.S. Secretary of State also took advantage of the tour to address an audience of academics, journalists and related services in an ideological crusade - in the style of "Manifest Destiny" - on behalf of "free trade" and other non-historical boastings. Latin America does not need models or guides. We are signatories to the same claims that led the United States to spark a backlash to British rule and declare independence in 1776. We want sovereignty.

On the other hand, it is good to note that if Barack Obama really wants to improve relations between his country and Latin America, he should begin by practicing what he preaches in his speeches, beginning with breaking the maintenance of subsidies to his farmers. It is shameful to teach free trade to the world as he massively subsidizes their agricultural economy, an issue recently recognized by the Organization of International Trade, the WTO.