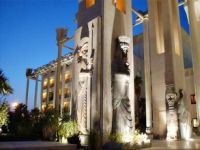 In the Middle East, warships, aircraft carriers and submarines are moving or preparing to move. The situation is very worrying. There are reports being received that there is an increase of activities which is not just rhetoric. A journalist, and well qualified with many contacts in the Middle East, Albelbari Atwan, notes a great silence about the movements for peace while at the same time a mobility out of normal daily life is observed in relation to the concentration of military and naval maneuvers in the Arabian Gulf. He also said that alliances and alignments are similar to those of March 2003, before the war with Iraq. [1]

The unfolding of these activities and positions must be contained before a total impossible mobilization can reverse reality, I think. A situation that gains its own legs and "them acting on their own account" is a nightmare that must be avoided.

Putting it without preamble. Experience shows that the United States, Israel and NATO are preparing a new war. What are the consequences? Those who are preparing these lethal movements seem to have started to believe in their lies and propaganda as the truth, which is psychologically understandable and very common, but here takes monstrous proportions.

To our misfortune they also seem to be fully aware of all the consequences of their actions, or possibly they seem to balance this against their own explanations, which now start as a result of having begun to believe their own lies, or put it neutrally, in their own propaganda. The dividing line here is very thin but the result is the same: - Devil take the hindmost.

I wish I could be wrong, but unfortunately it seems not. For an assessment of these points see [2]. Statistical evaluations seem to explain the causes. Trustworthy sources publicly presented (2010-02-20) the following evaluations and reviews. [3]

The United States has less than 2% - (two percent) - of the total world reserves of oil and gas. The Middle East has 60% - (sixty percent) of the reserve, and Iran alone has - ten percent pro - 10% of the reserve in the Middle East. In other words, Iran has five times more capacity in this respect that the United States. Adding to this the fact that 65 to 70% of world reserves of oil and gas are in Muslim countries and one begins to understand a little of what is happening.

The warships, which, by the way, are nuclear aircraft carriers and submarines, are circling like birds of prey, but there's an important factor to consider, I think. It is the fact that the rhetoric against Iran has been ongoing for a long time, widening since the end of 2004. This shows that the United States (followed by their proteges) for some reason, need, or at least want an international consensus.

The representatives of this coalition, Mr. Obama and Mrs. Clinton - (a coalition not recognized as such, but we can see with our own eyes) - try as much as they can to get a weight of consensus. Not only that. It also seems they want to be seen as rescuers of the world, saving us all from the nuclear threat posed by Iran but:--

- Iran has no nuclear weapons. They may like to believe they have, but they do not.

Even though the Netherlands to Belgium to Germany, Italy and Turkey have nuclear weapons - which they should not have - and which breaches international treaties, they have been granted by the United States. [4]

Attention is drawn to the fact that nuclear bombs are stored at military bases in Italy, Belgium, Germany and the Netherlands, and those countries themselves each with their own technology have the capacity to carry and release these atomic beasts.

These bombs may at any time and in different parts of Europe be sent to Iran. A list of which countries have internationally known or recognized legal stature about atomic power can be found in [4].

Much of the Middle East would return to the Middle Ages. After that it would only be a matter for the conquerors take possession of the land. The new colonizers would rather pick gold, silver and precious jewels, while mocking the unfortunate natives, picking up oil and gas while berating the conquered to be a problem and an affront to international peace. Iran is a very old culture and a sophisticated modern state. It should not be put on its knees to an armed force to make way for a new era of colonization and brutal exploitation.

Diplomacy. That would be great, but here it is good to keep in mind that in this world there is no wall that is so high that a donkey loaded with gold can not fly. Many walls, very stupidly laden with gold, and we are back in the Middle Ages.

As with the Militarization of the Foreign Policy of the United States for the salvation of their fragile economy, I believe that Brazil and Brazilians are in a unique position to do something about the subject.

OBS) - The Center for Research on Globalization is a research center working in Canada.