Another Russian child adopted by US parents died in the United States. The victim’s name is Ivan Skorobogatov; the seven-year-old boy was born in the city of Chelyabinsk. 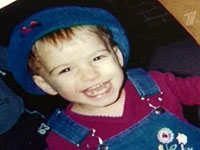 In 2003, the boy was adopted by Michael and Nanette Craver, Itar-Tass reports. Ivan had a sibling, a twin sister, who also became a member of the US family in Carroll Township, Pennsylvania. US authorities claim that the girl is safe.

The foster parents have been arrested without the right to be released on bail and have been officially charged with homicide. Court hearings on the case are to take place March 31.

Local custody agencies already tried to deprive the Cravers of parental rights two years ago. Afterwards, the parents took the kids from school and said that they would teach them at home.

According to the results of preliminary investigation, Ivan, who was given a new name – Nathaniel Michael Craver – died of hunger and brain injuries. The tragedy happened in August of 2009, but the parents were arrested only after the completion of the investigation. The indictment said that the boy died on August 25, 2009 in a local hospital. He died of complications caused with the injury of his brain.

The foster parents said that the boy fell down and hit his head against the oven on August 19. The next morning, the parents said, they found him motionless in his bed and took the child to the hospital.

Doctors immediately realized that the boy was dying. They connected him to the life support system, but the system was deactivated several days later by the Cravers’ request.

Pathologists found over 80 bruises on the boy’s body. Twenty of the bruises were found on the boy’s head. They also found old injuries of internal organs and blood tumors. To crown it all, the boy was in an extreme state of exhaustion.

The foster parents said that Ivan was a problem child and was disposed to self-mutilation.

Michael Craver’s parents, the boy’s foster grandparents, could not confirm it, though. They said that the boy was very afraid of being punished for any little fault. The grandparents were horrified when they saw the boy in May of 2009. They said that his eyes were all swollen. The foster parents said that he had rubbed the eyes too much.

Another relative, the boy’s aunt, said that the boy caught at her clothes once and did no want to let go. His face, the woman said, was all swollen. She also saw a big bump on his head. The explanation to that was the same – the boy fell down.

Neighbors were positive in their remarks about Michael Craver and his wife Nanette. Some of them said that Michael liked to play with kids in the garden.

The circumstances of this new horrific story look very much similar to the tragic death of seven-year-old boy Viktor Tulimov in the USA in 2009.

Viktor’s foster grandmother, Phyllis Johnson, was the person who put the boy’s monster parents on trial. When the trial ended, she adopted Viktor’s two brothers and even took them to their motherland in Russia’s Amur region in 2008.

It may seem very strange, but Phyllis Johnson and her boys live in the same town, Carroll Township.