Why Iran? Why Does the US Use Two Sets of Weights and Measures? 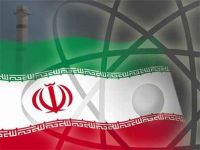 Why Iran? Why Does the US Use Two Sets of Weights and Measures?

Iran remains the focus of the country's special "axis of evil," which was formally abolished, but not in reality, by the U.S. It is accompanied by Venezuela, Bolivia and Ecuador, in addition to North Korea, among others. Why Iran? The criteria mentioned by Hillary Clinton cannot be understood. Is it the risk of manufacturing nuclear weapons? Israel has openly implied that these weapons exist and threaten weekly to bomb Iran. Is it the risk of becoming a dictatorship? And what are countries like Saudi Arabia or Egypt, but dictatorships?

Is it that Iran represents a threat to its neighbors? Iran has not invaded any other country nor occupied any foreign territory. Since Israel occupies the Palestinian territories for over four decades and have proven to possess nuclear weapons, that cannot be it.

Iran is a religious state, Islamic, which favors the Shiites. But Israel is a Jewish state, no constitution, but favors the Jews, and the Palestinians who comprise 1 / 4 of the population, are forced to be second-class citizens.

Why two weights and two measures? Just because Israel is a valued ally in the U.S. - the country that receives more U.S. aid than any other in the world - while Iran is opposing the U.S. Simply this. To check this notice that Hillary does not criticize the dictatorships in Saudi Arabia or Egypt - these, being the second in North American military aid? Because they are faithful allies to the U.S.

The fight has to be for denuclearization. Why does a country need to have nuclear weapons? For what purpose?

The non-proliferation treaty aims to protect the nuclear power of the great powers, those that are more involved in wars and in the manufacture of armaments. Denuclearization is the struggle to end nuclear weapons. Beginning with those holding the largest stockpiles of the world.