Child Found Playing Near Dead Bodies of His Parents

The police of the republic of Khakassia (Russia's Siberia),  are investigating the death of a married couple. Investigators found the couple’s two-year-old son next to the dead bodies. The kid was playing next to the corpses on the second day after the tragedy. 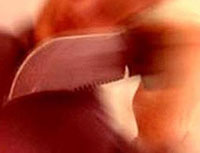 Child Found Playing Near Dead Bodies of His Parents

The tragedy blew up in a rental apartment of Sayanogorsk, Russia. The police found the bodies of a man and a woman who were in a common-law marriage. Their son was playing between his parents’ corpses, reports News Agency Khakassia.

According to the investigation, on January 27, the 52-year-old man committed suicide after murdering his 29-year old partner with a knife. Their two-year old son spent over 24 hours with the corpses.

The police reported that the young woman died of knife injuries, and her common-law husband killed himself afterwards, hanging himself on the refrigerator handle.

According to neighbors and relatives, the partners fought often, mostly after alcohol consumption. When the neighbors heard the screams they paid no attention to them thinking it was a regular fight, reports, Newslab.ru reports. Next day, the landlord came in to check on the apartment. No one opened the door for her, and she called the police.

The investigators conduct required tests and interrogate people to be able to make a lawful decision.

The child has placed into an orphanage where he is observed by doctors and psychologists.