Disasters, the Media Circus and Accountability

Disaster strikes some poor, forgotten corner of the world which most people had never heard of. The media circus descends, outlets vying with one another to show the most shocking pictures. The international aid circus follows this, promises of aid by Governments follow that and finally, in-depth stories and profiles flow on the Net and in newspapers. A week later the story starts to slide. Two weeks later it’s behind the Oscars and after the third week, it’s forgotten. 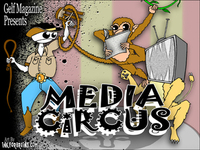 Disasters, the Media Circus and Accountability

The aid pledged by the Governments simply does not appear (unless it is to bail out some irresponsible banker) and the food, water and medicines arrive too late to save many (unless it is a military invasion, when miraculously everything is done within hours). The profiles brandishing swords, waved in the faces of former imperial or colonial powers, blaming them for the plight of the nation Armageddon and the Apocalypse themselves were visited upon melt away and the world then slips back into a comfortable self-righteous snooze seeing pics of babies saved after ten days, old ladies after 11 and old men after 12. Those who bothered to donate something can feel satisfied, as well they should, because it is the voluntary donations raised by the hard-working tax-paying public that ends up footing the bill.

So when all is said and done, and forgotten, who is accountable? What about those media reports, those in-depth histories for example about Haiti? Those potted histories in which we read that the Spanish exterminated the local population of Hispaniola (the Isle on which Haiti is situated), just for starters, then the entire country was turned into a giant plantation, a colony, ruled over by Europeans thousands of miles away. Those histories which tell us the country’s wealth was stripped, its assets stolen, that dictators were imposed from abroad and democratically elected leaders were kidnapped and whisked away to the Central African Republic, those stories which inform us the country was a gigantic sexual tourism destination, that the first slave revolution was not recognised for decades by nations who were terrified their own slaves would revolt and that an embargo was slapped on the country as a punishment.

And a massive reparations package to France which basically meant Haiti was a non-starter with a massive financial boulder round its neck to repay the debt. And interest. For what? Why, independence. Those stories then tell us Haiti had to borrow from Washington to give to Paris. Plus ça change, plus c'est la même chose .

Right. Those stories that then inform us that the USA massacred 2,000 Haitians at the beginning of its military invasion in 1915, this was after France then Germany had interfered, the stories that tell us that Haiti today is still paying off the massive billion-dollar debt run up by dictators Papa Doc and Baby Doc. The same potted histories tell us that Haiti, once self-sufficient in rice and an exporter of sugar, had its agriculture destroyed by foreign parties (World Bank and IMF), had its rural society ripped apart, which then morphed into slum dwellers in the main cities and lo and behind started to import everything, at exaggerated prices and ever-increasing interest rates, of course.

And finally these in-depth profiles which have suddenly sprung up tell us of military coups supported from abroad and the suspension of hundreds of millions of dollars in humanitarian aid by the United States of America in 2002 – aid which was going to rebuilding programmes, healthcare and education.

So are we supposed to shrug and forget these stories as the media circus moves on? Or is someone somewhere accountable? And what a deplorable, disgusting and revolting comment on Humanity if Haiti does not become a starting point for real change, a new leaf and a fresh start.