Killed in the line of duty...This wording is used when describing military of policemen who lost their lives on duty. Unfortunately, current events make this wording applicable for some civil professions, say, a school teacher. 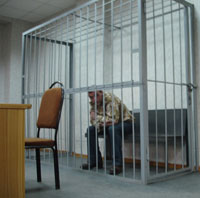 A shocking crime was committed in the Bryansk region of Russia. A 15-year old student brutally murdered his teacher because he gave him warnings for low grades and truancies.

The crime was committed last winter. On February 12 of last year, residents of a village in the Bryansk region found the body of a 55-year old math teacher Valery Smeyanov with the cracked head in the river under the bridge.

The residents were stunned with their finding. There were only 250 people living in the village where everybody knew each other.

Yuri Gavrilenko, head of a local investigation department, told Pravda.ru that the crime was solved within 24 hours. The victim’s student who had conflicts with him was immediately a suspect.

The teenager was from a difficult family, often missed classes, failed many of them, and was seen drinking. Not long before the murder, teachers in the school he attended were discussing the issue of transferring him to a center of temporary confinement for juvenile offenders.

There were witnesses who saw him follow the teacher on the night of the murder.

The police found a notebook on the scene that belonged to the victim. The investigators were particularly interested in one entry. It turned out that in December of 2008, 700 rubles (approximately $25) were missing from the teacher’s house, and he suspected that his future murderer was a thief, but never called the police.

Naturally, the police wanted to question the teenager, but he was not home. His parents said he went to Bryansk to see his relatives. That’s where the investigators found him.

According to the police, the student caught up with the teacher near the river, jumped him, and hit him several times in the head with a tire lever. He then threw the teacher off the bridge.

Local newspapers reported that the student stole 2,000 rubles ($70) from the victim’s pockets. The police did not confirm this information.

The teenager pleaded guilty both in the murder and theft of 700 rubles. His motives remain unclear because the criminal failed to explain them to the police.

The police reported that the teenager provided several explanations. First, he said that the teacher did not let him listen to the music during classes and even took his cell phone away. Then he said that on the day of murder the teachers had a meeting where he was discussed, and it offended him. According to the third theory, the math teacher was a weak person who did not deserve respect. Later, the arrested renounced his previous explanations.

Criminal charges were filed against the student for the murder and theft. At the recent court hearing the teenager was sentenced to eight and a half years in a juvenile correctional facility. The police said the murderer intended to appeal the judgment and had already filed a cassation appeal.

There are frequent speculations about teachers who humiliate and even physically abuse their students. Yet, there are plenty of cases when teachers fall victims of their students. Last year, a group of Ukrainian high school students were convicted of beating their music teacher.

It happened in the end of March. A group of students burst into the music classroom and started picking on six-graders. When the teacher told them to leave, they insulted him. The teacher tried to protect the girls but was beaten by the offenders.

The teacher had to stay in a hospital for a week where he was treated for a concussion, jaw fracture, and multiple bruises.

It was not the teacher himself but the parents of the six-graders he tried to protect who called the police. The local police department tried to smother the scandal. They said the situation was common since the teenagers were at a difficult age and naturally aggressive, and that it was the teacher’s job to control the situation and prevent incidents like this one. Yet, the charges for disorderly conduct have been filed.

The offenders were sentences to two years of imprisonment. The issue, however, is much deeper. Everyone knows that school suffers from diseases of society, and the society where students and teachers abuse each other faces a long recovery.