Man Bites Off His Friend’s Nose as They Play Vampires

A young man bit off his friend’s nose as the two were playing the game of vampires during ten-day New Year holidays in Russia, Life News reports. 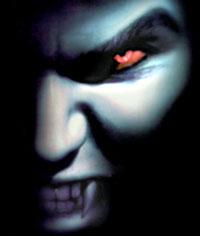 Man Bites Off His Friend’s Nose as They Play Vampires

The incident took place in the Moscow region. The two men, aged 27 and 23, were having a drink together when they decided to play vampires to entertain themselves.

One of the men, named as Aleksey K., was hospitalized to a local trauma station after the other man, his friend Oleg Z., bit off the tip of his nose.

Surgeons performed a complicated operation and reattached the severed part of the man’s nose.

“There was a lot of blood. The patient was saying that he was Count Dracula. When he came to his senses, he could not understand what happened to him. Now he will have a conspicuous spot on his face – his defected nose – for the rest of his life,” a surgeon said.