Teen Girl Hires Assassin to Kill Her Mother and Stepfather for $1,500

A fourteen-year old teenager had conflicts with her mother and stepfather as they did not let her live the way she wanted. It is a common problem for teenagers, but the girl decided to solve hers in the most radical way. 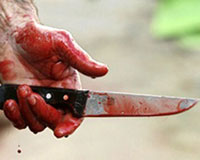 Teen Girl Hires Assassin to Kill Her Mother and Stepfather for ,500

She complained about the conflict to her 19-year old boyfriend Isaev, a vocational school student. She told him she wanted to get rid of them both and asked him to find an “executor.” She promised to pay 45,000 rubles ($1,500) for the “job.”

"She did not have this kind of money, but was hoping her stepfather had it and she would pay after the fact,” Galina Gagalaeva, senior assistant to the director of the regional investigative department press service, told to Pravda.ru.

Isaev hired a 16-year old high school student to do the job.

The three of them devised the murder plan together. “The girl was the most active. She gave her friends a knife and an axe,” Gagalaeva explained.

The murder was planned for February 2. At the planned time, the girl was at the entrance to her house. She had to watch the surroundings and warn her co-conspirators if something looked suspicious.

The guys entered the building. Isaev stayed outside of the apartment, and the killer rang the bell. Earlier the guys took the bulbs out in the lobby so no one could see their faces.

The girl’s mother opened the door. The killer stubbed her in the stomach right at the threshold. The woman screamed, and the girl’s stepfather ran out of the room. He managed to kick the knife out of the killer’s hand and accidentally injured him. The teenager hit the man with an axe on the head. Both guys fled the crime scene immediately after.

The neighbors heard the noise and called the police and ambulance. Unfortunately, the mother died on the way to a hospital, but the stepfather survived.

"The crime was solved within a few hours. The stepfather remembered the attackers and recognized Isaev he has seen with his step daughter before. The neighbors were also able to describe the attackers,” Gagalaeva said. Soon the suspects were arrested.

They plead guilty. The girl did not deny her fault either. She said that her mother paid no attention to her and was not interested in her life. She also claimed that her stepfather hit on her.

This information was not confirmed during the investigation. Finally, the girl confessed that she wanted to move in with her boyfriend (Isaev) but her parents were against the idea. In October the case was transferred to criminal court.

Due to the fact that two of the accused were underage, the court hearing was closed to the public.

Sergey Isaev was found guilty of aiding in the murder and involving an underage person into a crime. He will be imprisoned for 13 years.

The girl was sentenced to eight years in prison for organizing the murder of her mother and a murder attempt of her stepfather. The murderer himself will spend nine years in prison.

"The verdict has not yet entered into effect and may be appealed within 10 days,” concluded Gagaeva.

Not that long ago, a similar case was investigated in the Amursky region, where a 15-year old student hired three adult men to kill her stepfather. She promised to pay 400,000 rubles ($13,000) and give them jewelry stored in her stepfather’s apartment.

On December 5, 2008, three killers attacked the man in his garage. One of them shot the man several times in his head with an air gun, and then the criminals locked the garage door and fled.

The injured man managed to call his wife on his cell phone before he lost consciousness. He told her he was attacked. Later he was airlifted and taken into a hospital in the neighboring city of Blagovesvhensk where he was immediately operated on. The man survived.

The crime was solved in three days. The man was shot because he did not let his stepdaughter move in with an ex-convict.

In the beginning of December, the court of the Amursky region sentenced the student to five years in prison. The man who shot the victim was sentenced to 10 years, and his accomplices were sentenced to eight and nine years, respectively.

Psychologists believe that many family issues occur because parents fail to build relationship with their children built on trust. Teenagers are surrounded by violence in real life, and on TV, and it often happens that they copy movie plots into their own lives.