Ukraine: Two Decades After the Dissolution of the USSR

Denis Netcheporuk, after making a comparative picture of Ukraine before the reversal of socialism with the present day concludes: "All the reforms of the market converged towards the same end: the privatization of social property, the destruction of collective farms and the successive introduction of a liberal regime at the service of large landowners. Unfortunately everything was done to provide for the prosperity of a minority and the impoverishment of the majority." 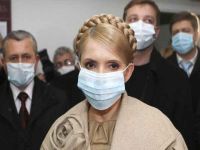 Ukraine: Two Decades After the Dissolution of the USSR

At the time of the criminal dissolution of the USSR, consummated in 1991, Ukraine was among the ten most developed countries in the world. This, incidentally, is recognized even by bourgeois nationalists.

Social benefits were extraordinary, but sometimes people did not value them. Education was free and there was a quality public health system and, above all, fully charged. The objectives set by the Party in 2000 were that everyone should receive free independent living.

Prices of major food products, housing costs, transport, among others, suffered no change for over 50 years. The communal services tariffs for gas and electricity costing kopeks [cents from the ruble]. People consumed natural products. Only those who lived outside the USSR knew what unemployment, inflation, the homeless, the compulsory redundancies, bank failures and loss of savings, loans bearing interest at 30 percent, etc. were.

For the current generation, that is pure fiction. In 2009 they cannot even imagine that this could be possible.

There were 52 million inhabitants. We not only possessed nuclear weapons (the third largest arsenal in the world after Russia and the U.S.), but also an army of one million persons, capable of defending the population and destroy any enemy. The country was developing. We were proud of our state. But, so inconceivable, in just 20 years, equivalent to Soviet four-year plans, we became one of the least developed countries not only in Europe, but also the world. One of the last and abandoned according to all indicators. It seems unreal, but betrayal and capitalism have done their work.

It started with the implementation of market reforms and the replacement of the socialist system with capitalism. This process was initiated by Gorbachev. After the dissolution of the USSR, wild capitalism started to be deployed in each country that belonged to the ancient ideologists of Communism, which, however, changed the hammer and sickle to the dollar. In our country this was done by Kravtchuk, Russia was Yeltsin, in Georgia, Shevardnadze, etc.

The truth is that at the time, in the early 90's, people still trusted the government. Every citizen knew that the country's leaders, parliamentarians, the Party, the officials ought to define work and worked for the well-being of the people and the state. However, unfortunately, they did not regard one important detail: power had been installed in a batch of so-called pro-European patriotic democrats, whose only purpose is profit and making money at the expense of ordinary mortals.

All market reforms converged to the same end: the privatization of social property, the destruction of collective farms and the successive introduction of a liberal regime at the service of large landowners. Unfortunately everything was done to provide for the prosperity of a minority and the impoverishment of the majority.

All the misfortunes of our country are the work of Kravtchuk of Kutchma, and of Yushchenko and all those who were in power for the last 20 years. You must understand that no one asked the people if they wanted or not to change the capitalist road. Everything was done in secret, under the guise of an alleged love for Ukraine and the nation under the pretext of democracy and European humanism.

As a result of the capitalist counter-revolution, the Ukrainian people lost power and control over everything that is happening in the country. Today, the minority rules the majority. Fifty persons hold one third of GDP. The rich become richer, the poor poorer.

At the forefront we have the economic and financial crisis. Capitalists are trying to get out of it at the expense of ordinary people. Tymoshenko's government introduced us to debt. The orange government continues to dedicate itself solely to the sale of businesses and the contraction of new loans. On top of everything, it makes a policy for its own benefit.

The current president constantly stresses that he is only driven to a single nationality of Ukraine. It would seem that this reflects the great love of Yushchenko for Ukrainians. He chimes in with the same sense as another 'worker' who equipped himself in pro-fascist ideology to attract the electorate.

But the truth is that in every day that passes with this team of "pseudo-patriots' in power, the directed ones become less and less. This applies also to persons belonging to the so-called 'foreign nationalities' ... In general, all are dying and suffering in Ukraine.

Far more sad is that we have to note that the composition of the 'nation' that they say is the following. That leaves a whole in Ukraine about 46 million people, of which:

more than three million are unemployed;

around 190 thousand Ukrainians get sick every year from cancer, died 900 per 1500 patients;

700 million people suffer from tuberculosis, according to statistics from the Ministry of Health of Ukraine;

440 million people are infected with the AIDS virus;

150 thousand people are in prison;

500 thousand drug addicts are officially registered, according to the Ministry of the Interior;

Approximately one million people have no shelter;

If one adds to this the resurgence of illiteracy and the moral degradation of the youth, the picture becomes very sad.

It is worth noting that those who have led and continue to lead the capitalist market reforms should be held accountable for these calamities. They are the right-wing parties are the liberal politicians. They are now in power. There are differences between them. The capitalists are the same regardless of the mask. Having regard to all of the foregoing, each citizen must ask him/herself the relevant questions and, above all, seek to find logical answers, including the following question: why is it that at some point we voted for the millionaires and will continue to do so in the future?