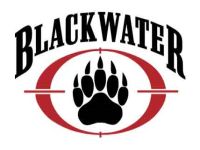 In early 2008, the U.S. Army Missile Command and Space Defense awarded contracts in the amount of 15 billion dollars to a group of private contractors, including Blackwater. The contract, which includes intelligence operations, espionage and reconnaissance, among other things, faces two countries in Latin America, Mexico and Colombia.

Not surprisingly, came the revelation in Ecuador of Washington's role in the illegal invasion of Ecuadorian territory in March 2008. The participation of military and U.S. intelligence agents, then located at the military base of Manta, was initially suspected in the operation that killed persons in a FARC camp. Now an official report from Ecuador confirms this fact. It reaffirms further that where there are military bases used by the U.S. military, action be carried out by Washington - no matter what the rules, laws and regulations of the host country.

The controversial military agreement between Colombia and the United States, signed on Oct. 30, means the largest military expansion in Latin America by Washington. The agreement allows the presence of private contractors to service the needs of Washington agencies in Colombia, with all the same immunity granted to U.S. officials and military. This is not new. Under the agreement of Plan Colombia, Washington used by over 30 contractors for 10 years to perform military and intelligence work and espionage in Colombia. Some of them are the most powerful companies of the military industrial complex, such as DynCorp, Bechtel, Lockheed Martin, the Rendon Group, and Raytheon, among others.

Within the new military agreement, the amount of contractors - or mercenaries of war - will increase. The privatization of war and the use of private companies to perform security operations, defense and intelligence, is now the modus operandi of Washington. The Blackwater company is certainly more controversial, now known as Xe Services. During the past eight years, Blackwater has earned over 1.4 billion dollars in contracts from the State Department and Pentagon. Since 2005, Blackwater has also gotten semi-secret contracts with the Department of Homeland Security in the U.S. for security and defense operations within the country, which have been seen as the beginning of the creation of a privatized state police to suppress and control a population that each day is in a more desperate economic situation.

In early 2008, the U.S. Army Missile Command and Space Defense awarded contracts in the amount of 15 billion dollars to a group of private contractors, including Blackwater. The contract, which includes intelligence operations, espionage and reconnaissance, among other things, involves two countries in Latin America, Mexico and Colombia. The contract specifically details the "air training provision" to the Colombian armed forces and "strategic PR support" to the Colombian government (read: psychological operations). In the case of Mexico, Blackwater is responsible for supporting the missions against drug trafficking.

Now, this CIA front company and the Pentagon operate freely in Colombia. In the U.S., there are dozens of lawsuits and legal cases against Blackwater for violations of laws, arbitrary killings and human rights violations. However, Álvaro Uribe's government has opened the door for the presence of this dangerous enterprise in South America, which represents a great threat to peace and regional security.

The countries of ALBA and UNASUR members collectively should prohibit the presence of contractors - mercenaries of war in Latin America. But, there will be more death, conflicts, violations of sovereignty, and we expect there will ultimately be a war.