A convicted murderer escaped from the territory of a court in Russia’s Krasnodar region soon after the judge pronounced him guilty. The man escaped from eight security guards who failed to catch the man as they were chasing him. 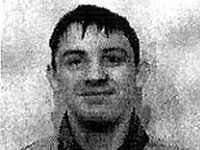 The man, identified as Mikhail Kryuk, 19 y.o., was found guilty of triple murder, which he committed over his personal aversion to homosexual individuals.

Mikhail Kryuk decided to hang out with his college friend one night last year in January. The company of friends went to a local nightclub in Krasnodar, where they befriended three adult and respectable-looking men. The men treated their younger friends wine and snacks.

The young men accepted the drinks and food and were happy about the fact that they would not have to pay for it. Afterwards, one of the men offered to go to another town nearby to enjoy the sea view.

The young men accepted the offer. When in a car, one of the generous men started displaying affection to Mikhail and put his hand on Mikhail’s hip. The man offered him to come over to his place. The young man did not accept such a turn of events and attacked the man.

Mikhail grabbed a knife out of his pocket and attacked the man and his friend. Mikhail was killing the two men while his friend was strangling the driver.

When the young men were finished, they took the victims’ gold rings, chains, cash, expensive phones and left.

The killers were detected and arrested a week later.

The murderers were sentenced to ten and fifteen years in prison.

When security guards were taking the convicts out of the court room, Mikhail Kryuk somehow found a moment to escape from the guards. He jumped over the fence of the enclosed court and disappeared in the darkness (it was about 8:00 p.m. at the moment).

The convoys rushed after the man but could not find him anywhere.

If caught, Mikhail Kryuk will have to spend 18 years in prison instead of 15. The inattentive security guards may face administrative penalties too.