Orthodox Priest Murdered in Moscow for His Anti-Muslim Stance

Orthodox Priest Daniil Sysoyev was assassinated in Moscow at night of November 19. The crime was most likely committed for religious reasons. The priest might have fallen the victim of Islamic radicals or sectarians, investigators say. 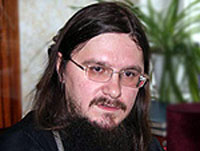 Orthodox Priest Murdered in Moscow for His Anti-Muslim Stance

The unidentified assassin was wearing a doctor’s mask when he attacked the priest, Interfax reports. The criminal entered Holy Apostle Foma Temple in the south of Moscow on Thursday night, at about 10:40 p.m. It was a well-built tall man, eye-witnesses said. The eyewitnesses said that the man was of the Caucasian origin, although it is not clear yet, how they could come to such a conclusion.

The man rushed into the temple and shouted: “Who is Sysoyev here?” The 35-year-old priest came forward, the attacker pulled out a gun with a silencer and shot him in the neck and in the head. The assassin left the crime scene walking – he was not running.

Father Daniil died at hospital about an hour later. The priest had a wife and three children.

Daniil Sysoyev was born on January 12, 1974 in Moscow. He graduated from the Moscow Spiritual Academy. The priest was mostly dealing with missionary activities. He particularly founded a school for street preachers in Moscow.

Sysoyev also was an active opponent to Muslims. For example, he conducted two public disputes with former Orthodox priest Vyacheslav Polosin, who converted to Islam. Sysoyev published a book “Marriage with a Muslim” in which he wrote that God and the Church condemned marriages concluded with Christians and non-Christians.

Radical religious groups started threatening Daniil Sysoyev four years ago. They were sending emails threatening him to “cut his head off and let his guts out”. It was also reported that Islamic groups had sentenced the Orthodox priest to death. Last year, a Muslim man called the temple, in which Sysoyev was serving, and said that the priest would be killed if he continued to publicly express his negative attitude to Islam.

In addition to disputes with Muslims, Daniil Sysoyev was struggling against sectarians. He was communicating with those who had suffered from sects. The priest was an active member of the center for the rehabilitation of the victims of totalitarian sects and pseudo-religious movements.

One of the most controversial assassinations of Russian clergymen was committed on September 9, 1990 when Alexander Men was killed.

Father Alexander wrote dozen of books (including his magnum opus Son of Man, which served as the introduction to Christ to thousands of citizens in the Soviet Union); baptized hundreds if not thousands; founded an Orthodox Open University; opened one of the first Sunday Schools in Russia as well as a Charity Group at the Russian Children's Hospital. His influence is still widely felt and his legacy continues to grow among Christians both in Russia and abroad. He was murdered early on Sunday morning, 9 September 1990 by an ax-wielding assailant just outside his home of Semkhoz, Russia.