Little Girl Bites Her Baby-Sister to Death While Parents Sleep

The police of Russia’s Saratov region are investigating a bizarre death of a newborn girl. Most likely, the baby girl was killed by her own sister, who was just three years old. The tragedy happened while the parents of the two girls were sleeping. 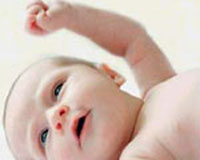 Little Girl Bites Her Baby-Sister to Death While Parents Sleep

Forensic experts have already determined that the little girl had died a violent death, the Komsomolskaya Pravda newspaper wrote.

The victim was only 22 days old. The baby arrived at the hospital of the town of Engels, the Saratov region, in a critical condition. Paramedics were horrified to find bites and bruises all over the child’s body.

Medics took lifesaving efforts, but four hours of struggle for the girl’s life did not help. A forensic expert said that the baby died of a closed cranial injury and a blunt head trauma. It looked like someone was slamming the child’s head onto the floor.

A pathologist later determined that the bites had been made by a three-year-old baby, the victim’s own sister.

The mother of the killed child told the police that she and her husband had drunk alcohol together and fallen asleep. When they woke up, they saw the elder girl playing with her little sister on the floor. The baby was not moving, nor was she showing any reaction to anything. The woman called the ambulance.

Most likely, the suspected killer perceived her baby sister as a doll, not as a human being, the police believe. The little child was most likely screaming during the awful game, but the parents did not hear anything while sleeping.

An expert said that the girl might have killed the baby deliberately, out of jealousy, since the parents started paying more attention to her after birth.