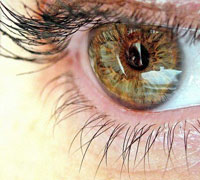 According to Rosbalt news agency, lawyers of the affected patients are pessimistic. They do not think that it will be possible to hold the health professionals accountable.

A series of regular crystal lens replacement surgeries performed by the doctors of the Omsk Regional Ophthalmology Hospital had tragic consequences. After the surgeries, 13 patients developed septic complications that led to blindness.

“My husband decided to undergo a vision correction surgery as he had difficulty reading,” said the wife of an injured patient. “He suffered two heart attacks earlier, but the doctors assured us that the surgery was a simple one-day procedure,” she said.

Another 12 patients who underwent the same surgery returned to the hospital. Bacteriological tests revealed a blue puss bacillus in their eyes. Currently the surgery unit is closes, and the hospital is quarantined.

“When we realized that the local doctors are unable to fight the infection, we requested that specialists from Moscow or Novosibirsk be invited,” said Inessa Dits, a daughter of one of the patients. The patients’ relatives were prepared to pay all expenses associated with an emergency team, but the hospital refused to invite other doctors. As a result, precious time was lost.

Inessa’s father and other patients were offered vitrectomy, a complete removal of the injured eye. The patients, however, refused other surgeries.

Each patient paid approximately 20,000 rubles for a crystal lens replacement surgery. The doctors returned the money, but not the lost vision.

This is the first case of mass infection of ophthalmological patients in Russia.