Two malicious residents of Sergiyev Posad, a town in the Moscow region, were arrested on charges of maiming. One of the perpetrators, a male patient of a first-aid station caused bodily damage to a doctor for the diagnosis, which the patient did not like. The other one, a woman, brutally beat and mutilated her mother-in-law over bad herring. 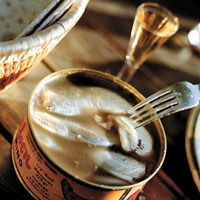 The police of the Moscow region arrested a 20-year-old man, who broke a traumatologist’s finger. The perpetrator, if convicted, may face a sentence of up to three years in prison.

The young man took some alcohol at his home and went outside to walk about the town. He stumbled on a street curb, fell down and injured his arm. The man thought that he could now go to the nearest first-aid station to have his injury officially diagnosed and registered to be able to stay away from work for a while.

The young man, a security guard, came to the station but was very disappointed with what the 46-year-old doctor diagnosed. The X-ray image showed that the man’s arm had not been broken: it was only a soft tissue bruise.

The patient did not like the information and he started getting into argument with the doctor in an attempt to prove that he had had his arm broken, the Moskovsky Komsomolets newspaper wrote. The doctor called security, but the young man attacked the medic, grabbed him by his hand and twisted it out. The man broke the doctor’s finger and left the office.

The man was soon arrested. The doctor is still shocked with what had happened in his office. He said that he had never such an experience before.

Another fight between two women in the same town was more brutal.

A 35-year-old daughter-in-law returned home from work being tipsy and in a bad frame of mind. She sat down to eat some herring but found that the fish had gone bad.

The woman immediately thought that it was her 65-year-old mother-in-law, who had forgotten to put the plate of herring in the fridge.

The woman pushed her mother-in-law very hard in the chest. The elderly woman hit herself against the wall and collapsed on the floor. The daughter-in-law started yelling that she would rip the pensioner’s arms out for being so negligent with food. When the yelling and fighting was over, the elderly woman went to the nearest first-aid station.

When the aggressive daughter-in-law sobered up a bit, she decided to move out of town and went to her relatives in Krasnodar.