Sibir, one of Russia’s largest airline carriers, has found itself in the center of the international scandal, which took place at the German airport of Frankfurt am Main. A pilot of Sibir Airlines was barred from take off after airport staff smelled alcohol in the breath of the 49-year-old male. The incident took place on Saturday. 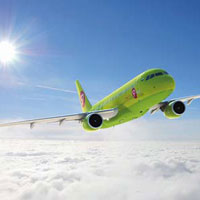 A medical examination showed that the pilot’s blood contained 0.05 percent of alcohol. The airline replaced the pilot, and the plane departed to Moscow one hour later, Newsinfo website said.

A similar incident took place in Russia in the middle of September, when a pilot of a passenger jetliner arrived at the airport of Anapa in a state of alcohol intoxication. The flight was canceled, and 54 passengers had to spend a night at the airport hotel at the expense of the airline.

A drug-addicted flight control officer of Moscow’s Sheremetyevo Airport was arrested after it became known that he was a regular taker of pervitine. The man said that he was making injections of pervitine daily.

The crew of a BA transatlantic flight was arrested two years ago. The police found the crew drinking alcohol at a hotel in Manchester, several hours before take off. British Airways was previously named the worst European airline for its constant delays.