An unidentified individual opened fire in the north-west of Moscow near a local kindergarten. A 20-year-old woman, a passer-by, suffered a gunshot wound in her arm, RIA Novosti news agency reports. 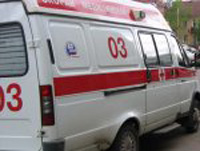 “The assailant was shooting from a smooth-bore gun. The woman, who suffered a gunshot wound in her arm, was hospitalized. Several police units arrived at the site immediately,” a source from Moscow’s law-enforcement authorities said.

The Moscow police are still looking for the assailant who fired gunshots at another kindergarten in the south-west of Moscow. The attacks started on May 9 this year and occurred twice afterwards. The attacker was shooting from either the roofs or the windows of the buildings nearby. A ten-year-old boy was seriously wounded in the attacks. Another child suffered minor injuries.

Local residents said that they had seen a young man between 20-25 years of age with a rifle across his shoulder. The man was spotted shooting pigeons on a street not far from the kindergarten.

Another similar incident took place in Moscow last week. An unemployed male started firing gunshots at children from the window of his apartment. Luckily, no one was injured in the attack. The 44-year-old male was drunk and started shooting because the children outside would not let him sleep, as he later told the police. The assailant had nothing to do with the shooting of Moscow kindergartens, the police said.