Major Denis Yevsyukov of the Moscow police went on a shooting spree in a supermarket, killing three and injuring six others. 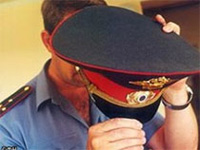 Police Major Denis Yevsyukov was going home on a Chevrolet Lanos car at 00:30 a.m. in a state of severe alcoholic intoxication. It is not known what kind of conflict occurred between the officer and the driver, but the policeman shot him from his pistol. His body was found in the car later.

Afterwards, Yevsyukov went into Ostrov Supermarket on Shipilovskaya Street. He opened sporadic fire there and killed a cashier and a customer. Six other people were hospitalized with gunshot wounds.

Someone in the supermarket pushed the alarm button. A group of security guards had to open fire to be able to detain the policeman. The Makarov gun, which was withdrawn from the arrested policeman, was on a federal wanted list. The officer supposedly obtained the gun in the course of his previous cases, but did not have it registered, as instructions stipulate.

Denis Yevsyukov, 31, recently chaired a district department of the Moscow police. He enjoyed a positive reputation among his colleagues .

“He may have had a nervous breakdown because of his private life. He apparently had a family conflict a week ago – his wife left him. He spent a day at work stressed out and then had a fight with a driver, and then it all happened,” Moscow police chief Vladimir Pronin said.

Yevsyukov has been sent to a mental institution for a series of tests.

A similar tragedy took place in the Moscow region in October 2007, when police sergeant Ivan Glushenkov did not deliver his service gun after duty. Being in a state of alcoholic intoxication, he opened sporadic fire near a grocery store in the village of Aprelevka. Three local residents, two males and a female, were injured in the accident. The woman subsequently died.