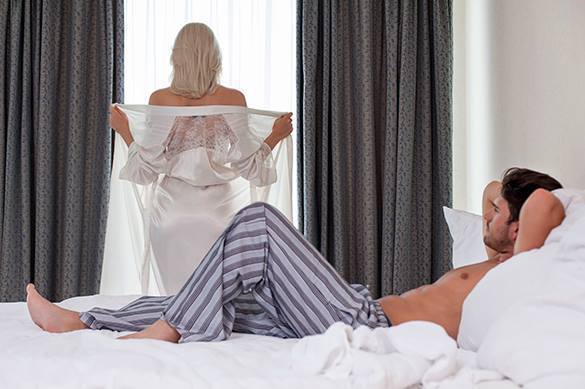 The first film blamed for inciting animal passion in people was The Kiss that came out in 1896. Popular actors John C. Rice and May Irwin were kissing for three minutes! Film critics called the film ‘a demonstration of brutish lust that a civilized man can not bear”. But even despite of the criticism, the film was incredibly popular among the audience. In Moscow, the film was demonstrated on the big screen of the Metropol hotel, and a ticket cost 5 rubles, the sum equal to a weekly wage of a worker.

Since that time, the society no longer feels ashamed to reveal its interest in sex. Hugh Hefner started his business with printing pocket calendars with nude Marylyn Monroe on them then focused on the male magazine Playboy and made it a most respectable edition.

The year of 1972 was a breakthrough for the American cinematography. Producer Gerard Damiano made his film The Deep Throat about a woman complaining to her doctor that she felt no satisfaction when having sex. The doctor explained that the woman had her clitoris in the throat. The film has fifteen particular scenes of oral sex. It took the producer six days to make the film; he and the actors worked for pennies. The film made the whole of the team very popular. It is still the world marketing record with its costs and income ratio. That was also the opening of the Golden Era of Porn actively promoted by hippies. At that time, pornographers were reputed as dissidents fighting for the freedom of self-expression and helped the society be sexually educated. That was one of the few instances when the high aims brought really high incomes.