Truth and lies about Japan

Some people believe that Japan is a small country. However, its territory is 377,000 square kilometers which is bigger than the territory of Germany and almost equals the one of Italy. Japan's population of 125 million people is just slightly less than the population of Russia. From the political point of view, Japan has always been the strongest Far Eastern country, stronger than China entangled in its domestic conflicts. Japan has not only huge megapolises like Tokyo, but also forests, fields, rivers and mountains. 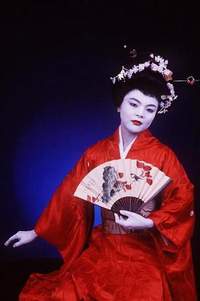 Many of us think that the Japanese are mostly experts at martial arts which is not true. In Japan, schoolchildren are taught some varieties of martial arts. These are as a rule Kendo classes where pupils are instructed to wield a sword, a really useless practice because wearing cold steel is prohibited in Japan. No fighting techniques are included into the school curriculum in Japan, at the same time pupils seldom have enough time to learn fighting techniques at optional courses. Statistics says it is easier to meet experts at fighting techniques in Russia than in Japan because many Russians served in the Special Forces.

Russians are taught that the Kurile Islands are the original Russian territory. This is correct to a certain extent only. The Central and Northern Kurile Islands used to be a part of the Russian Empire until 1871 when they were handed over to Japan. There are also Southern Kurile Islands (Shikotan, Kunashir, Iturup and Habomai) that were a part of Japan only till 1947. And these four territories are the stumbling block in the relations between Russia and Japan. On the Iturup Island a naval base was located in 1941 from where Admiral Nagumo started his squadron to bomb Pearl Harbor.

Tourists consider Japan a very expensive country. In fact, Japanese prices are higher than those in the USA, but they are relative to European prices, those ones in France, for example. This is basically the result of not quite adequate yen-dollar rate. When we take the ratio between wages and prices in Japan we see that the Japanese are not at all poorer than Americans.

Some people suppose that the suicide rate is rather high in Japan. Indeed, the culture of suicides is clearly defined in the country, but the actual suicide rate is lower than that in Sweden and Germany not to mention Russia.

The Japanese are really a hard-working nation and it may happen that they overwork to death. But the number of people who die of overworking in Japan today and in Russia in the early 1980s is almost equal.

Contrary to the general belief, Japanese pupils in general do not spend more time at school in comparison with Russian kids. Almost all of Japanese schoolchildren also attend special tutorial courses to enter  institutes or higher schools afterwards. Today, such courses are open in Russia as well. The Japan school order today resembles the school order in the USSR in the 1960s where studies were focused on learning by heart and cramming. It is believed in Japan that children must learn diligence and industry at school.

Some people say that the Japanese are sex maniacs. And this sounds like nonsense indeed! Japan is far behind the US regarding the violation rate. No epidemic of sexually transmitted diseases has been ever registered in Japan. In general, Japanese traditions never particularly focused on sex; sex always was and is part of everyday life and the source of numerous funny jokes there. The majority of Japanese men and women today have the first sex contact with their official spouses.

Contrary to the general opinion that the Japanese mafia is something cool, it resembles the Russian mafia to a certain extent in their manners, clothes, ways of speaking and cars they drive. In fact, Japanese mobs are less aggressive and more polite than Russian ones. The Japanese mafia controls shadow economy and illegal businesses. The crime rate in Japan in general is much lower than in other countries however.