It is hard to imagine a more scandalous place than the Lenin's Mausoleum on the Red Square – the heart of Moscow and all Russia. This world-known historical place has become the face of Russia, but it is enveloped in a chain of scandals again. The question remains the same, though: should Vladimir Lenin's body be buried or not? 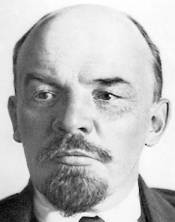 The newly revived subject about committing Lenin's body to earth coincided with the burying of the remnants of two other outstanding men: Russian General Anton Denikin and philosopher Ivan Ilin. Their reburial did not cause any scandals in the Russian society, though. A well-known Russian film director, Nikita Mikhalkov, has recently reminded the general public of Vladimir Lenin's wish to be buried on the Volkovo cemetery in St.Petersburg. The statement has received a serious response in Russia again. Researchers went out in the streets to ask people of their opinion regarding the burial site for the body of the world-famous revolutionary, while state officials added a political nuance to the issue.

The debate of the moot question involved not only communists, but spokespeople for other political parties as well. The central question of the theme has been pushed into the background during all the discussions on the matter, and the subject was becoming a political issue, in which the opponents would happily defame each other in an attempt to stand up for their vision of “true values.” The whole of Russia got involved in the discussion of the Lenin's body issue, ecstatically arguing about the right and wrong.

It may seem rather surprising but Americans have shown the most logic reaction to the situation. A US-based website Fark.com apparently decided to participate in ardent disputes regarding Lenin's body in the Moscow Mausoleum. The site owner, Drew Curtis, wrote that he could organize a tour of the USA for Vladimir Lenin and take him to various places where all Soviet leaders wanted to be, like Disneyland. Mr. Curtis wrote that he would probably try to clone Lenin, or make him run for the 2008 election, etc. When asked about his probable reaction to Pravda.Ru's suggestion to purchase the remnants of George Washington, Mr. Curtis said that it would be impossible to buy them, although he could work a trade for actor Abe Vigoda. "Last I heard, Abe was still insisting he was alive but I 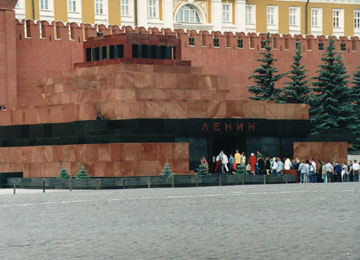 Needless to say that such a suggestion is absolutely nonsensical. The cause of such a suggestion is much more important at this point, though. Enterprising Americans took note of the farce with the body of the Great October Revolution leader and developed quite a natural attitude to Lenin's embalmed body. They perceived Lenin's remnants as a purchase-and-sale object.

Russian politicians of all ranks indulge themselves in making a storm in a teacup, but it does not occur to them how their behavior is going to be interpreted outside Russia and what image they will make for their own state as they “perform the ritual dancing” around the Mausoleum and turn the Russian history into a hilarious show.

One may obviously have a different attitude to the personality of Vladimir Lenin, although one cannot treat him and his body as a trump card in political battles. Wouldn't it be better to leave the body alone and give the next generation an opportunity to solve the problem? Lenin is still a symbol for many Russians, the memory of the past, the memory of national accomplishments, failures and mistakes.