The medieval ritual of driving out evil spirits from the possessed was restored during the rule of John Paul II in the Vatican. Special courses for practicing exorcists were set up at a school for Catholic priests in Rome seven years later. The courses proved to be extremely successful and more vacancies were announced six moths later. 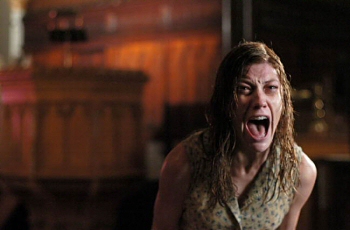 The Vatican published an official document in October 1998. The document had an awe-inspiring title De Exorcismus et supplicationibus quibusdam (Concerning Exorcisms and Certain Supplications). The document stipulated rules and regulations applicable to exorcism. It was written in Latin and contained 84 pages. Speaking to the press, the Vatican representative Cardinal George Arturo Medina Esteves said that the text of the ritual had been kept largely intact since 1614. Cardinal Esteves stressed the importance of the document in today's world because Satan is a reality. The existence of the Devil is not an assumption for a believer to accept or deny; the Devil is an important component of the creed and Catholic doctrine. Cardinal also promised that the “guidelines” on exorcism would be soon available in authorized versions translated into various languages. Those in need can already use a Latin version for “the Devil understand Latin,” as the cardinal put it.

It is noteworthy that John Paul II had a full moral right to publish an updated version of medieval ritual instructions. In 1982 John Paul II successfully expelled demons from a possessed woman who was rolling wildly about the ground.

Cardinal Esteves on the symptoms of possession:

- In the demonic form of possession, a “demon” may speak in languages unknown to the first personality;
- The possessed will be aware of events that are either secret or occur at great distance;
- Manifestations of superhuman strength;
- Denigration of the Lord, Mary, the Cross and images of the saints.

In 2004, special 10-week courses for training exorcists were opened at the University Athenaum Pontificum Regina Apostolotrum in the Vatican. Apart from the explanation of the official instructions, students also attend lectures on the history of Satanism. They are also taught to speak with the Devil and search for occult signs in rock music and video games.

The scandal involving Italian rock group Satan's Animals and ritualistic killings is thought to have prompted the Vatican authorities to launch the courses for practical exorcism in 2004. The case created a lot of controversy in Italy. The accused were found guilty as charged, each of them was sentenced to 30 years in jail. It was a rare case of full support shown by the authorities and public opinion to sharp condemnation of the Satan worship by the church.

However, people all over the world tend to tolerate Satanism, wizardry and numerous occult practices and therefore the Vatican exorcists have good reasons to raise the alarm.

British newspaper Sunday Telegraph reported on the first official Satanist who joined the Royal Navy in 2004. Chris Cranmer, a 24-year-old man, a resident of Edinburgh, practices Satanism. A spokesperson for the Navy said that every candidate should have equal employment opportunities and the armed forces did not care what kind of religious beliefs their personnel stuck to.

The news reported by British newspaper The Guardian on the eve of the 2004 presidential election in America created quite a controversy. The news related to the student years of George W. Bush and John Kerry. The correspondent claimed that the above had joined the secret society Scull and Bones while they studied at Yale. Sexual orgies in Gothic style are part of the society's rituals. Human bones and sculls along with skeletons of animals are used during the gatherings. Only the few selected undergraduates can become lifetime members of the society. Many of them will eventually rub shoulders with America's elite. There was a worldwide Satanist conspiracy in the air following the publication of the article.

Unsurprisingly for the Vatican, it could not pass over the phenomenon that stirs up such an absorbing interest in the public. The original medieval text in Latin and the miracle of laying hands seem to be the right choice to counterbalance the people's passion for magic incantations, mystical rituals and infernal paraphernalia.