The Patriarch of Moscow and All Russia Aleksi II believes that numerous research works to find out the number of followers of this or that religion in Russia are based on biased argumentation. “Unfortunately, I can often see that the number of the faithful is determined either on the maximum or on the minimum,” Aleksi II said in an interview with Interfax. 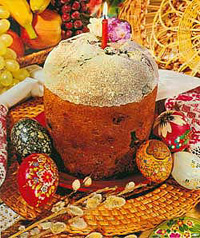 “I am certain that such work should not be based on political reasons, when someone tries to obtain the imaginary predominance in a dialogue with those practicing other religions,” the head of the Russian Orthodox Church said.

Aleksi II does not think that there could be universal criteria found to identify a person’s religiousness. The question of religious affiliation was not included on questionnaires during the Russian Population Census in 2002. As for the number of the faithful of the Russian Orthodox Church, Aleksi II said that 70 or 80 percent of Russians think of themselves as Orthodox Christians.

Aleksi II said that the age structure among the Russian faithful has been changing recently: “Young people and middle-aged individuals make up the majority of parishioners in many temples,” said he. “Many temples were overcrowded during the Lent. The churches can not house all parishioners nowadays. In other words, the spiritual revival of Russia is getting a second wind,” the Patriarch believes.

On Sunday, April 23, all Orthodox Russians will celebrate Easter. It has become a tradition in Russia to recollect the deceased on Easter Day and pay tribute to them by going to cemeteries. In this connection the Patriarch of Moscow and All Russia Aleksi II called upon the faithful not to turn the blessed holiday of Resurrection of Jesus Christ into the “cemetery day.” The patriarch believes that the tradition to visit cemeteries on Easter appeared during the Soviet times.

“It is not considered a big sin if people pray for their deceased relatives on Easter Day. However, making this day the “cemetery day” contradicts to the meaning of the holiday and the religious tradition as well,” archpriest Vsevolod Chaplin told RIA Novosti at a recent press conference.

“The Easter time, especially the Easter Week, is a very special solemn time when even funeral services are conducted differently,” Chaplin said.

According to ancient religious traditions, Orthodox Christians are supposed to pay tribute to their deceased relatives on the first Tuesday after the end of the Easter Week.